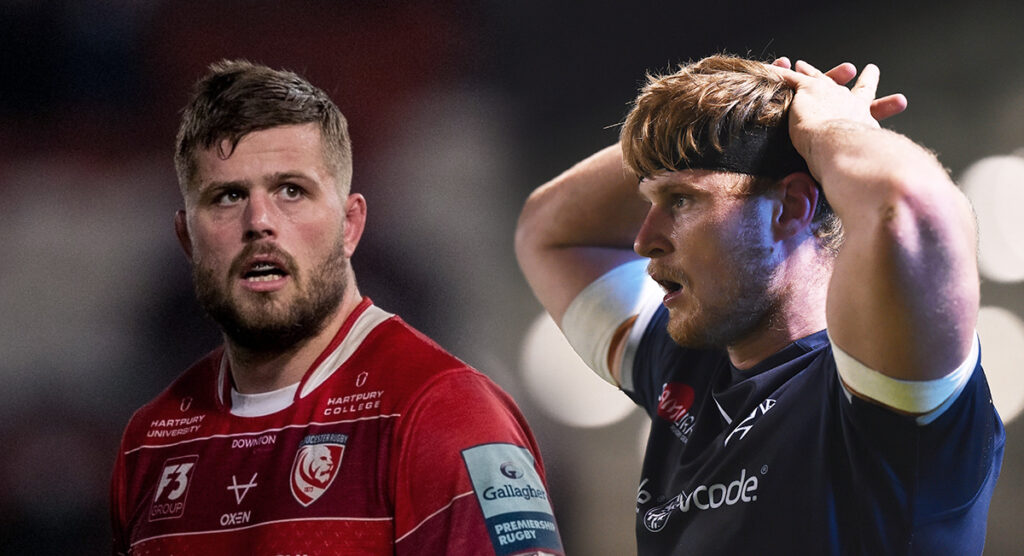 Both Gloucester and Sale Sharks forwards Ed Slater and Dan du Preez have been suspended after online disciplinary hearings that arose from citings for dangerous play this past weekend.

Slater is free to play again on February 2 after it was ruled that he will be out for four matches due to the dangerous charge into a ruck during Saturday’s clash.

He will miss out on important games against Newcastle and Northampton as his team look to climb off the foot of the table. He will also be unavailable for Champions Cup duty against Ulster and Lyon.

Slater accepted the charge of dangerous play in a ruck or maul, contrary to World Rugby Law 9.20, and was given the four week suspension by the same independent disciplinary panel that oversaw the Du Preez citing.

Dan du Preez meanwhile was cited for an incident in the same match, one that caused quite a bit of controversy and got a lot of attention online.

The back row was cited for striking with the shoulder, contrary to World Rugby Law 9.12 but then accepted an alternative charge of reckless or dangerous play, resulting in a three-week suspension that sidelines him until January 26.

He will miss the Premiership match against Worcester Warriors this Friday, then Champions Cup clashes with Edinburgh and Toulon.

If any of the above games are cancelled or rearranged then the player’s free to play date will be amended to ensure the sanction remains meaningful.

Most officials have an understandable desire to mitigate reckless player behaviour, but this attitude has to change if rugby wants to keep existing.

There’s already a lawsuit ffs, how are people not getting how bad this looks? pic.twitter.com/NlkFU4JroQ