Snow rugby can be brutal, especially when you have guys like this running straight at you 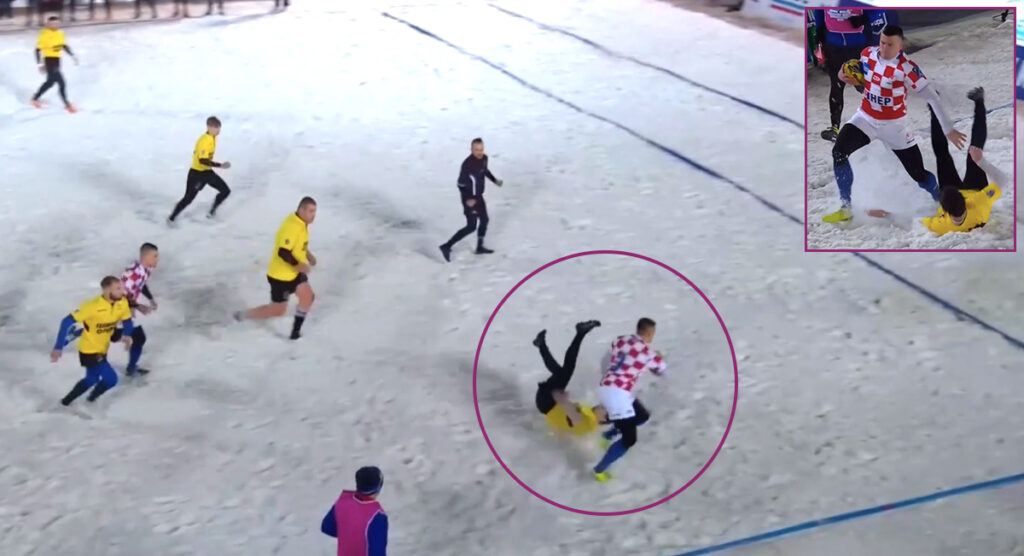 Anyone who has ever played rugby in the snow will realise that it comes with its own challenges. The temperature is the obvious one, and then it’s the icy hands and uneasy surface that you have to contend with. Not to mention the grazes if you’re not fully protected.

Croatia and Moldova met in the Snow Rugby European Championship in Russia a few months back, a tournament that the hosts went on to win in Moscow. In fact, the men’s and ladies teams both won their respective competitions.

The rules of Snow Rugby are the same as Beach Fives rugby, with a maximum of five players from each team on the field at a time, and five minutes each half. It’s a lot of fun but also can be tough on the body!

Moldova won this particular contest by nine tries to six, but it was this massive bump off that caught the attention, as the Moldovan tackler clearly went in too high on a far bigger man.

While this was somewhat of a novelty tournament, all rugby in Europe has now been suspended up until at least April 15th, due to the Coronavirus.

That includes the following fixtures:

Have you ever played snow rugby? Let us know what it was like in the comments below!

Snow rugby can be brutal, especially when you have guys like this running straight at you | RugbyDump - Rugby News & Videos