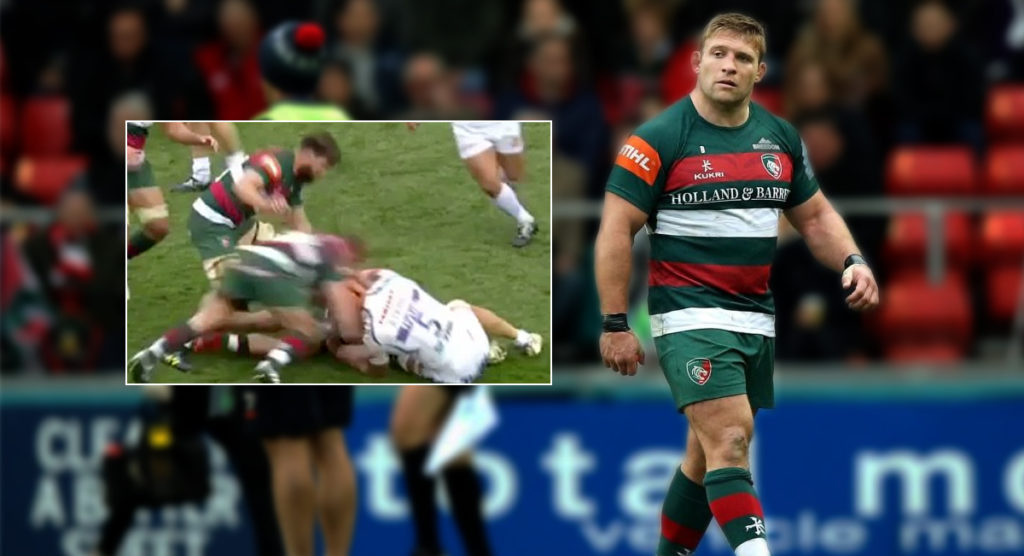 In one of the more controversial calls from the weekend, Leicester Tigers hooker Tom Youngs was red carded for a dangerous clearout during their heavy loss to Exeter Chiefs. If Leicester fans thought that was bad, it’s just got worse as a suspension has been handed down.

Youngs appeared before an independent disciplinary panel this evening after he was shown a red card by referee Tom Foley on Saturday. This was for making contact with Chiefs lock Ollie Atkins’ head in a ruck contrary to Law 9.20(a) – dangerous play in a ruck or maul.

Youngs accepted the charge and was given a three week suspension by the independent panel comprising Philip Evans QC with Richard Whittam QC and  Chris Skaife.

Panel chair Philip Evans QC said: “The player accepted the charge and the facts as alleged including having made contact with his opponent’s head. The panel found the appropriate starting point was 6 weeks (mid-range).

“Given his early plea of guilty, his candid evidence to the panel, obvious remorse, playing record and personal mitigation including off-field mitigating factors, exceptionally, the panel felt able to reduce the period of suspension by 3 weeks.”

He is free to play again on 7 May 2019 taking into account Leicester Tigers’ upcoming fixtures.

If the above video doesn’t play for you, you can see one angle of it in the official match highlights below