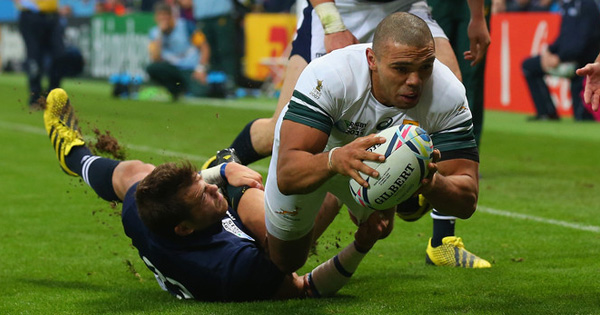 South Africa kept their World Cup campaign on track with a comfortable 34-16 win over Scotland at St James Park in Newcastle on Saturday. Flyhalf Handre Pollard scored 19 points with the boot, while tries were scored by Schalk Burger, JP Pietersen and Bryan Habana.

South Africa led 20-3 at the break but there was a tricky period in the second half when Scotland did well to snatch and excellently finish an intercept. Other than that comeback, when Scotland got to within 7 points, the Springboks looked in control for the majority of the contest.

They were unable to pick up the bonus point, but lead Pool B with one game left to play, against the USA on Wednesday. Scotland will face Samoa on Saturday.