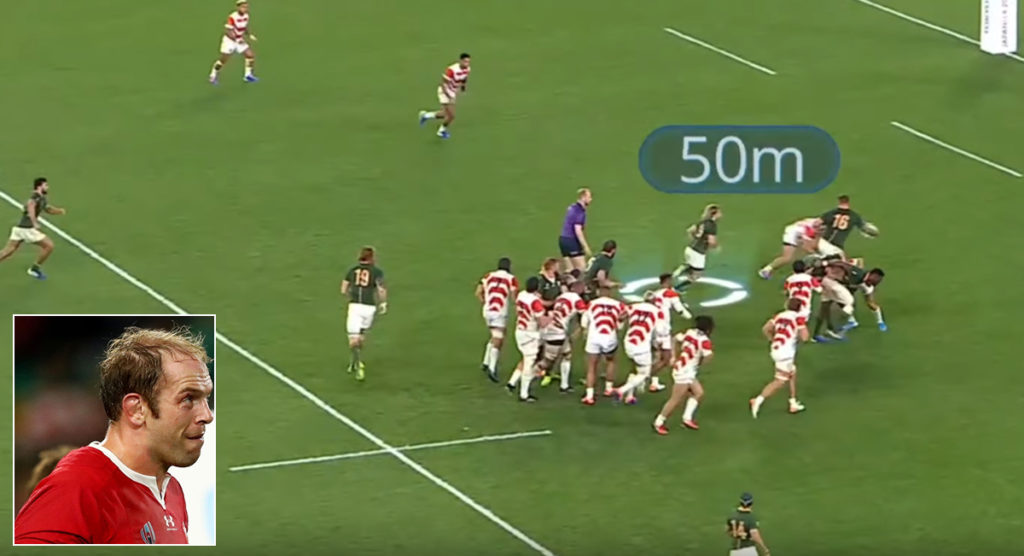 South Africa’s second-half display against Japan on Sunday in Tokyo would have put Wales on alert ahead of their semi-final clash this weekend.

Despite only leading 5-3 at half time, Rassie Erasmus’ side went up another gear in the second 40 to win the game 26-3. The forwards upped their physicality and Japan struggled to keep up, and it turned out to be a comfortable win for the Springboks.

Nothing embodied the second half performance more than the 50m driving maul that led to Faf de Klerk’s try, which ultimately put the game out of reach. Having started the maul in their own half, South Africa were well inside the 22 when Malcolm Marx broke off and popped the ball to his scrumhalf to run in for the try.

The @Springboks maul is something else 😲#RWC2019 pic.twitter.com/rUsbdpvV1t

It is one thing knowing what the Springboks are going to do, and it is another thing trying to stop them from doing it, and that is the problem that Wales face this Sunday in Yokohama.

Warren Gatland and his coaching team know that their side will face an onslaught up front, built upon a strong set-piece. Forwards coach Robin McBryde will face a tough few days figuring out how to prevent what at times seemed like an insatiable maul against Japan, aided by the fact that the bench had six forwards to come on.

Of course, the side Wales are much more physical than Japan and they faced their own battle up front against the French, and by and large were able to repel a number of attacks from the Les Bleus up front.

Sebastien Vahaamahina’s obscene elbow in a maul may have actually been the result of frustration that the Welsh were able to withhold them. Indeed, in the Rugby World Cup warm-up against England in Cardiff, Wales were also able to resist maul after maul from England, which was testament to McBryde’s coaching.

However, the Springboks perhaps pose the sternest test of the three, and should Wales manage to do what Japan could not, it could go a long way to booking a place in the final.