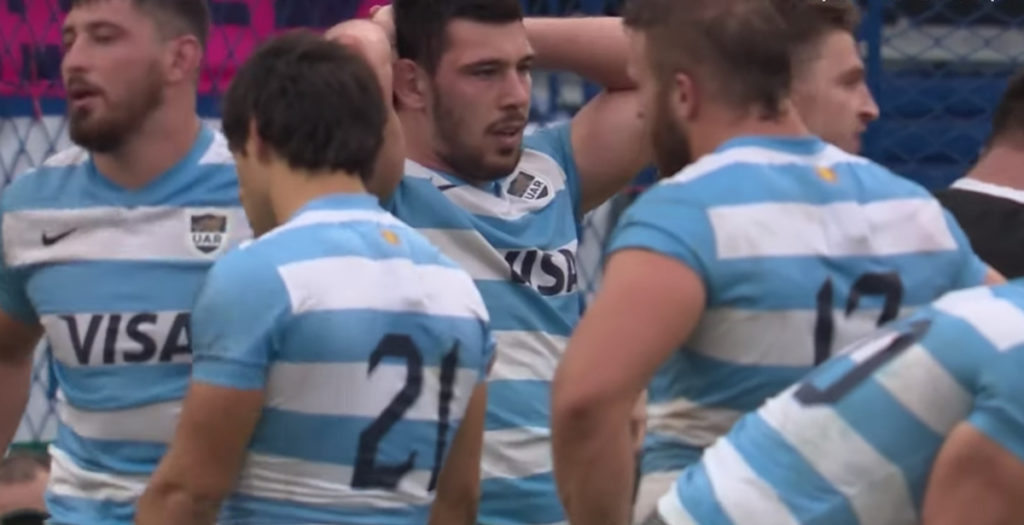 Argentina came to within on score of what would have been an historic win against the All Blacks in Buenos Aires on Saturday night.

Los Pumas denied New Zealand a second half point but still lost 16-20 in round one of the Rugby Championship, earning them a losing bonus point against the reigning world champions.

The hosts took an early lead through the boot of fly half Nicolas Sanchez but the All Blacks responded through a quick penalty close to the Argentina line, which was finished off by centre Ngani Laumape to score the first try of the game.

One of the biggest swinging points in the game took place on the stroke of half time when New Zealand lock Brodie Retallick made an interception on the half way line and charged down field unopposed to score their second try of the game.

Not long after the break Argentina got back into the game through full back Emiliano Boffelli, who snatched a high ball from Ben Smith in the air to score the one and only try for Los Pumas.

This left Argentina four points adrift of New Zealand going into the last play of the game, but they were unable to convert a driving maul from a line out inside the All Blacks five-metre line, bringing heartbreak to many Argentines inside Estadio Jose Amalfitani.