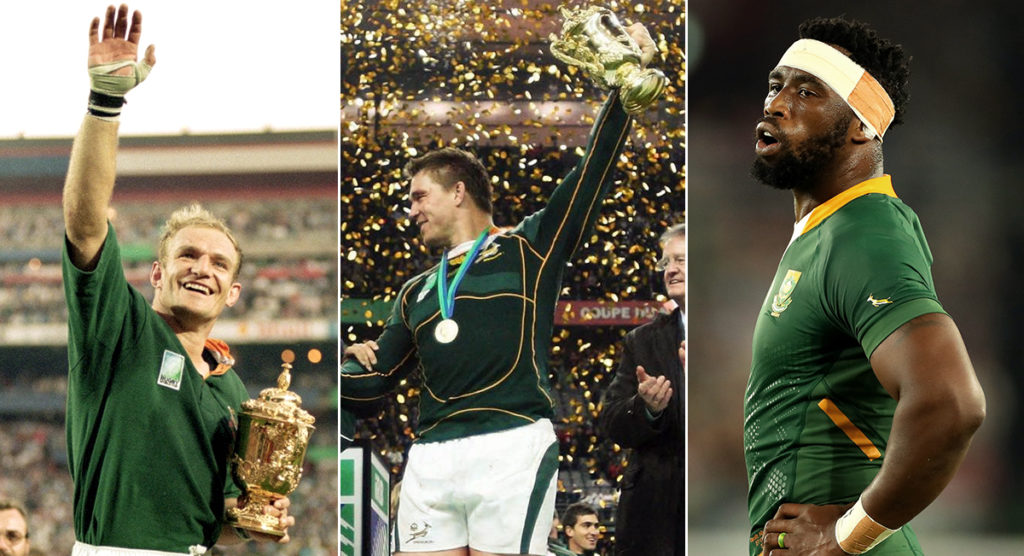 When it comes to Rugby World Cup records, New Zealand have won three tournaments, South Africa and Australia two each, and England one. Should South Africa beat England this coming weekend, they will join the All Blacks on three, but have a better overall record.

Two years ago the Springboks had plunged to one of the lowest points in their proud history. On Saturday they will play in the Rugby World Cup final in Yokohama.

It’s quite the turnaround and Rassie Erasmus has been instrumental. The South Africa coach has restored pride in the Boks jersey and driven home to his players what it means to play for your country.

Then came the more tactical changes, getting the team to play the Springboks way – physical, straightforward, focusing on the set piece. All that was on display in the 19-16 win over Wales in their World Cup semi-final.

“He made it clear that the Springbok is the most important thing,” said Siya Kolisi, the player Erasmus appointed South Africa’s first black rugby captain.

“In the past, most of us tried to build ourselves by our social media and he just brought us back to earth, and told us you have to play well and everything else will come.

“To see it come together and hopefully go all the way… I’m really looking forward to the final.”

The Springbok record at Rugby World Cups is impressive. In just 6 tournaments (after missing 1987 and 1991 due to political sanctions), they’ve won twice, come third twice and have been in two quarter finals.

England will certainly start as favourites in the final and will be gunning for their second tournament win, but South Africa are the Rugby Championship title-holders and wedded to a successful game plan so it is likely to be far closer than some England fans are predicting.

“I’m not 100 per cent sure the World Cup final is going to be won by a very expansive game plan and wonderful tries,” coach Erasmus said. “We will go and grind it out.”

“We certainly accept that there are some things in the game that we have to improve, and we take it on the chin.

“But we feel that we have put ourselves in a position to maybe win the World Cup, and we are in the final. Yes, we accept the criticism, but we are also happy that we are in the position to compete for a World Cup final, which is where we ultimately want to be.”

1991 did not take part (Australia winners)

Coach Rassie Erasmus on what it means to be a Springbok: