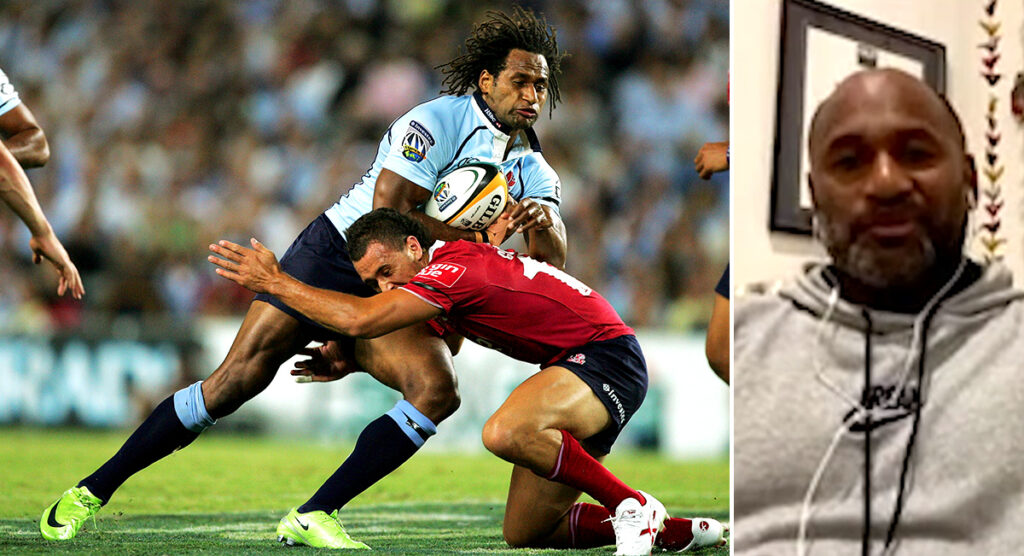 There has been a lot of talk recently about how Australian rugby can improve its domestic game, with some former players campaigning for a State of Origin style series to make it over to Union.

State of Origin is very much a rugby league concept, with the annual three-match series pitching the New South Wales Blues against the Queensland Maroons each year.

Former Wallabies Lote Tuqiri and Karmichael Hunt are in favour of a Union equivalent, with the Waratahs and the Reds the obvious initial sides.

Australian grassroots rugby has been somewhat under the microscope in recent years, as well as the Super Rugby franchises. Although the grassroots scene is still relatively healthy in Australia, greater emphasis on building crowd numbers, participation and battling against the more popular sports of League and AFL has been a key talking point.

“I can’t believe it’s taken so long for it to grow some legs,” Tuqiri told The Rugby Ruckus show.

Exactly how a rugby union State of Origin would look is still unclear, although Rugby Australia chairman Hamish McLennan says that the idea has been a long time coming.

“We’ve been too conservative and risk averse and, considering NSW and Queensland have been playing against each other for 130 years, we should have claimed that idea and owned it,” he told the Sydney Morning Herald.

McLennan and Tuqiri also believe that in doing what the NRL has managed to achieve with its own State of Origin, the Union version will be able to galvanise fans.

“People would flock to those games,” said Tuqiri.

As for the format, both states would pick players from the clubs they first played for, with an NFL type draft system to bring in players from out-with Queensland and New South Wales.