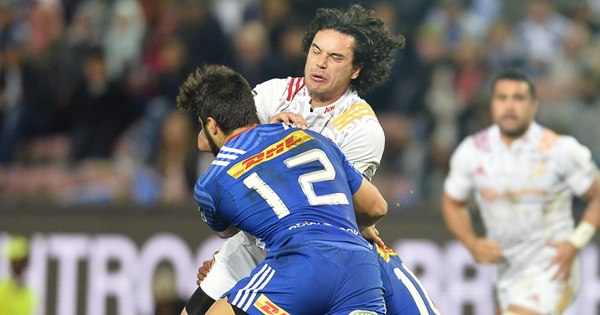 The Crusaders will face the Chiefs while the Lions host the Hurricanes in the semi finals of Super Rugby 2017, following a fascinating round of knockout pla this past weekend. The Lions squeaked past the Sharks, but will now be in a repeat of last year’s final.

Highlights of all four matches can be seen below

The Chiefs secured the final semi-final berth when they picked up a 17-11 victory over the Stormers at Newlands in Cape Town.

A 78th minute long-range penalty from Ruan Combrinck sees the Lions recover to defeat the Sharks 23-21 in their quarter-final match.

The Crusaders advanced to the Super Rugby semi-finals with a 17-0 victory over the Highlanders at AMI Stadium in Christchurch.

The Hurricanes became the first team to reach the Super Rugby semi-finals when they claimed a 35-16 win over the Brumbies in Canberra.