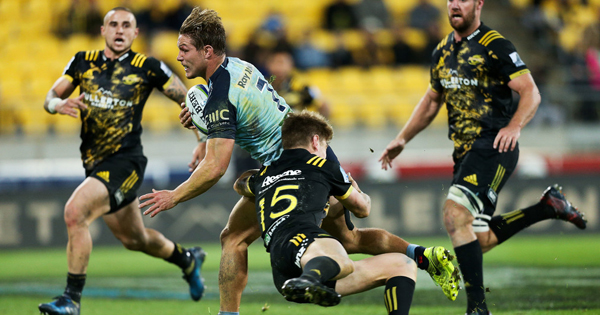 Round 7 of Super Rugby started with a free-flowing game that featured the old cliche of a game of two halves, as the Hurricanes flew off to an early lead before being tracked down by the Waratahs. View highlights below, with more to be added throughout the weekend.

A late penalty from the Kings wasn’t enough as the Force run away with a 46-41 win in Perth.

Siya Kolisi led his charges to an incredible 34-26 victory in a thriller at Newlands Stadium.

The Sharks battled past a spirited Jaguares side to claim a 18-13 victory at King’s Park in Durban on Saturday.

The Brumbies consolidated their position at the top of the Australian Conference when they beat the Reds 43-10 in Canberra on Saturday.

The Highlanders’ recent resurgence continued when they claimed a hard-fought 26-20 victory over the Blues in Dunedin on Saturday.

The Sunwolves claimed their first win of the Super Rugby season with a thrilling 21-20 comeback victory over the Bulls in Tokyo.

The Barrett Brothers were on top form again as they led their side to a convincing 38-28 win over the Waratahs, despite leading 33-7 at the halftime break. Beauden Barrett received a red card late in the game, but the result was already secured.