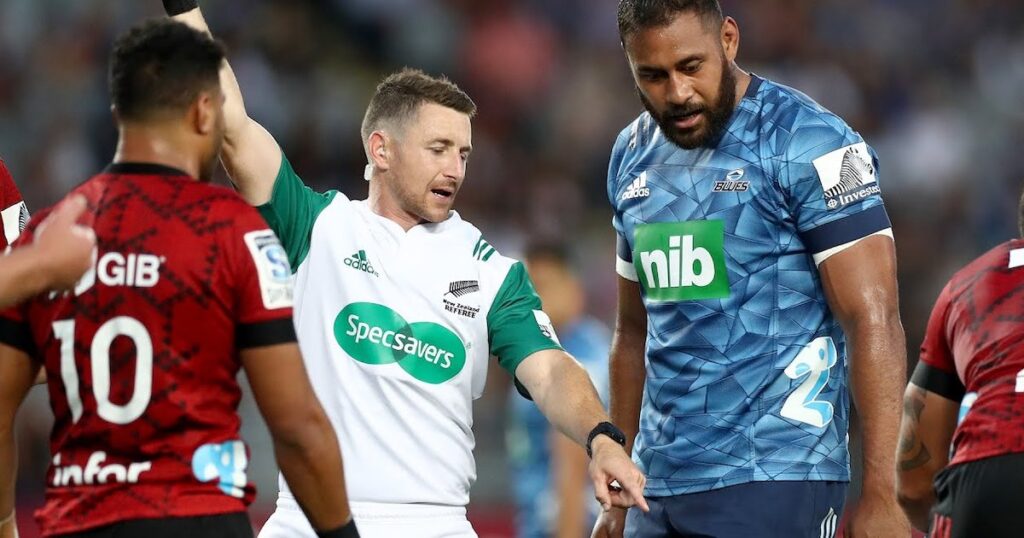 The Super Rugby Aotearoa season is almost upon us, with the new competition providing the first live action since March following the COVID-19 induced lockdown.

As part of the new competition, there has been some talk of “new breakdown laws” being implemented ahead of the opening weekend. Many of these may not necessarily be brand new, but the way they are policed is set to become stricter.

New Zealand Rugby Referee Manager Bryce Lawrence – a former referee himself – and current referee Paul Williams explained the intricacies of the new law variations ahead of the 10-week campaign.

One of the main changes to the breakdown focuses on the ball carrier, especially those players who creep forward to gain extra yards once tackled. The laws state that just ‘one dynamic move on the ground before they place/pass’ the ball will be permitted, eliminating the opportunity to gain an unfair advantage in the tackle area.

Tacklers on the defending side must also do their part to allow attackers to clean out the ruck. The law states that the “jackler” can only be rewarded if the clean out is not impeded.

On the subject of the jacklers, the player “must arrive first, in a position where they are supporting their own weight and show a clear lift of the ball with both hands” in order to be rewarded. In the event of not being on their feet at the breakdown, they must roll away from the tackle area.

Finally, arriving attackers must come through the gate and stay on their feet – as stated in the current laws. They cannot tackle the jackler’s legs however, as this is deemed dangerous play. Tackling the body is advised in this case.

While the emphasis may be on the “new laws”, many of the rulings at the breakdown appear to be ‘reinforcements’ of current laws. The hope is that with greater focus on the breakdown – as well as the offside laws also discussed in this video – more discipline around this area can be implemented as a result.