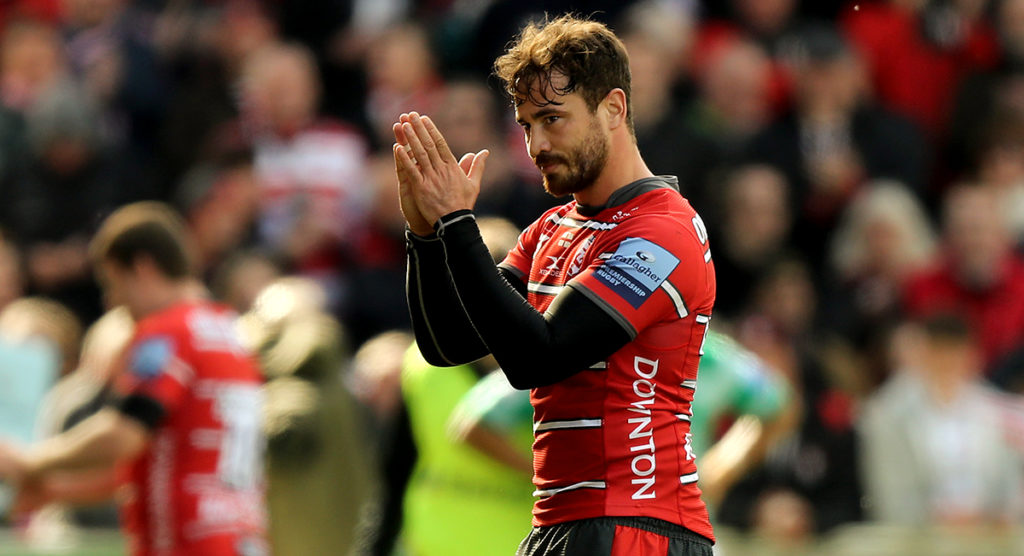 The 31-year-old has been a key component for Gloucester this season as they finished third in the table, reaching the semi-finals for the first time in eight years.

Making the move from Wasps in the summer, Cipriani hasn’t been far away from various highlights reels in what has been one of the most competitive and exciting Gallagher Premiership Rugby seasons to date.

He becomes only the second person after Wasps’ Jimmy Gopperth to win this and the RPA Player of the Year in the same campaign.

While England coach Eddie Jones doesn’t seem to be a huge fan of Cipriani’s exploits, his 13 try assists and metronomic boot have kept Gloucester ticking and his head coach Johan Ackermann believes he deserves the award.

“I’m very pleased and so happy for Danny,” said Ackermann. “I’m so proud of him – it’s always a big thing when a player joins a club and there’s a bit of pressure on you to perform.

“You have to adapt to the style of the team and the coaches involved, and I can only speak highly of Danny’s commitment to the team. He’s set-up into the culture, he’s open – we have a good relationship where we’re open with each other and of course he’s made a serious impact on the field.

“He’s probably got the best skill I’ve seen from a fly-half from an attacking point of view, he can kick well and he’s extremely fast. He knows what he wants in attack and his distribution is top class.

Citizen Try of the Season – Ollie Thorley (see below)

Ricoh Director of Rugby of the Season – Mark McCall (Saracens)