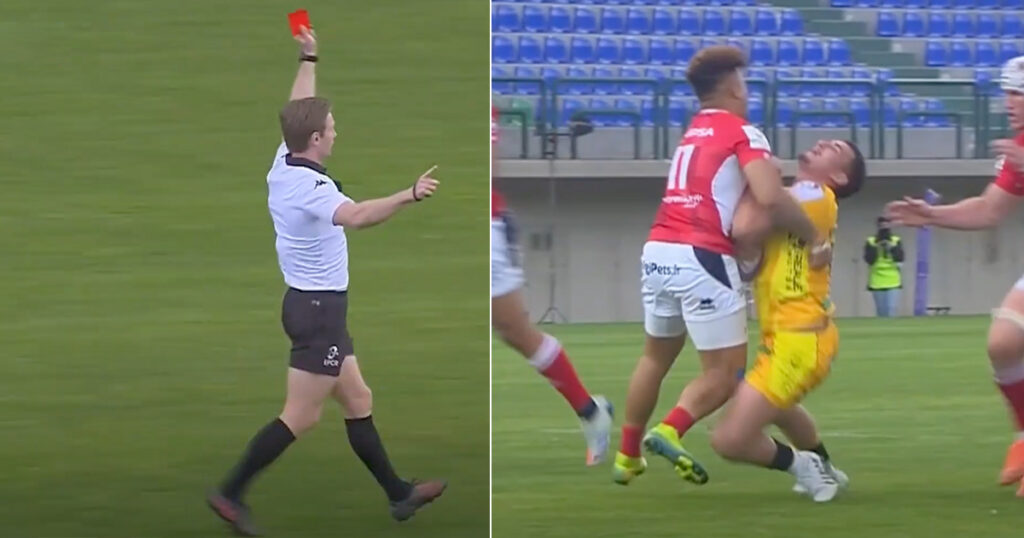 Agen winger Jamie-Jerry Taulagi has been suspended for 10 weeks following an independent Disciplinary Hearing arising from his club’s Challenge Cup, Round of 16 match against Benetton Rugby at Stadio Monigo.

Taulagi was sent off by referee Christophe Ridley for tackling the Benetton centre, Marco Zanon, in a dangerous manner in contravention of Law 9.13. A player must not tackle an opponent dangerously

The Committee upheld the red card decision, finding that Taulagi had made contact with Zanon’s head in a dangerous manner which caused the Benetton player to be removed from the field of play with a suspected concussion.

At the time of the hearing, Zanon was undergoing the Graduated Return to Play protocols and did not have a date for his return to training.

It was then determined that the offence was at the top end of World Rugby’s sanctions and 14 weeks was selected as the appropriate entry point. Taking into account the player’s guilty plea and early expression of remorse, the Committee reduced the sanction by four weeks before imposing a 10-week suspension.

The exact date of the completion of the suspension will be clarified once all Agen’s remaining fixtures in the TOP 14 are scheduled. Both Taulagi and EPCR have the right to appeal the decision.

In 2017 Taulagi was suspended for 5 weeks for a tackle when playing for the Sunwolves.

You can watch the incident in full in the highlights below