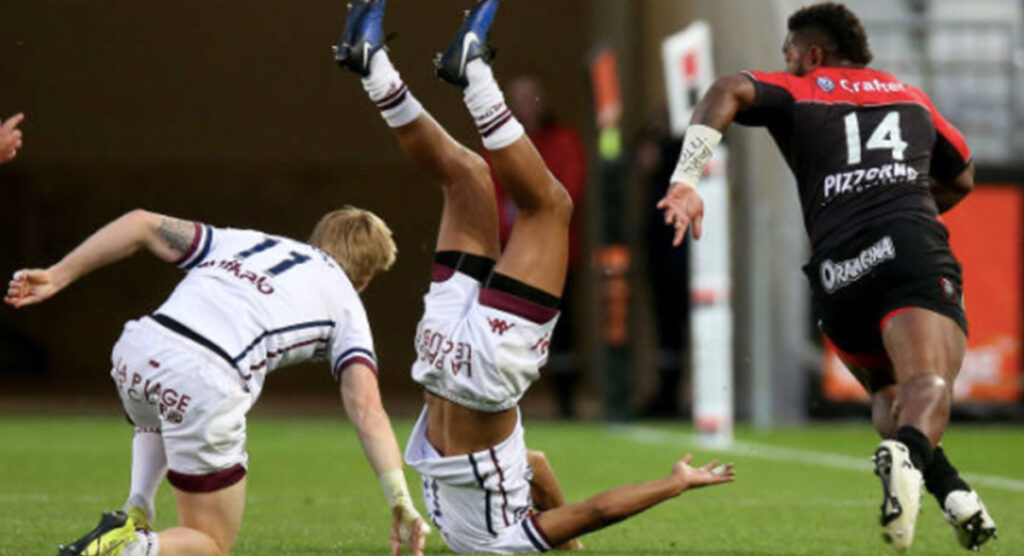 It was only a matter of time before Josua Tuisova got his own Taking Names video, and the footage displays the absolute destruction he leaves in his wake.  Is there a harder runner in the game today?

It seems that few have the power to stop the Fijian, even those from his own country.

Owen Farrell even puts his hand up a time or two.

With so many impressive islander players, yet a lot of focus on the British & Irish Lions, maybe it’s time that a Pacific Island team was put together again, as they did in 2004, 2006 and 2008.

Imagine the carnage that would ensue with the likes of Tuisova at their disposal.