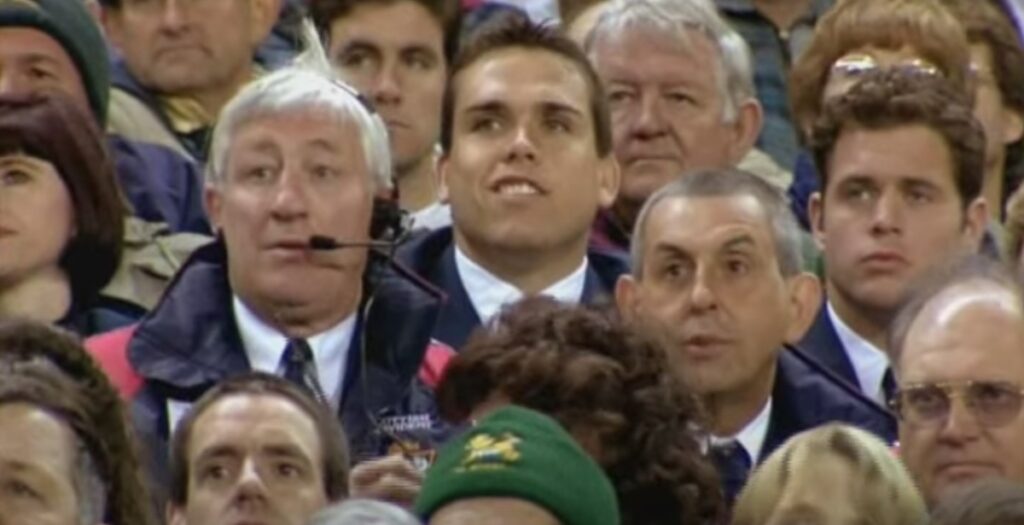 On the 1997 British & Irish Lions tour to South Africa forwards coach Jim Telfer got involved in a hilarious spat with local supporters during the third Test.

The legendary Scottish coach was sat alongside Sir Ian McGeechan among Springboks fans in Johannesburg when he expressed his disbelief at the referee’s decision.

Telfer felt that South Africa’s André Venter should have been sent off, but the local fans beside him disagreed resulting in a golden exchange at Ellis Park while McGeechan desperately tried to keep his colleague focused on the game.