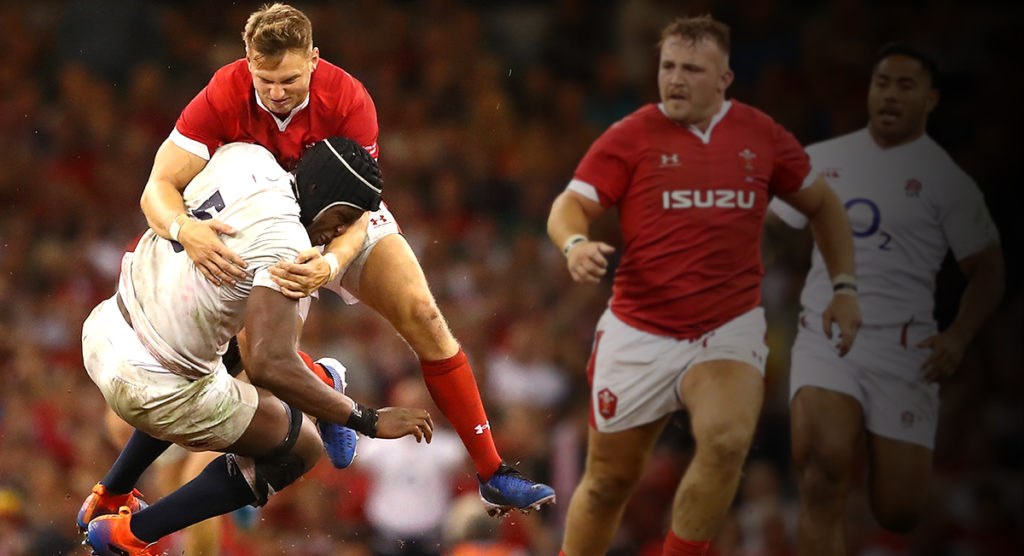 Dan Biggar shut his critics up with a top-class performance against England this past weekend, earning the Man of the Match honours in the process. But the way that he tackled Maro Itoje in the second half caused a fair bit of alarm, with a lot of fans wondering how he got away with it.

With at least two high profile recent cases of players getting heavy suspensions for dangerous challenges to the head or neck area of the opposition, Biggar’s tackle in the 13-6 win over England was one that somehow escaped punishment completely.

The effort, albeit courageous after powerful Itoje has charged down field from an intercept,  was not only high but due to the nature of it, carried a lot of force.

You run out of characters? I’ll finish it…
ly lucky not to see him yellow carded.

Insane in that it wasn’t punished? Swinging arm to the head shouldn’t be applauded

‘Back in the day’ it would have been applauded without too much fuss, but in the 2018/2019 player safety era it was surprising to see that referee Pascal Gauzere, and his sideline officials, chose to ignore what looked like a clear high, and possibly reckless, challenge.

While different in nature, the moment certainly brought back memories of Owen Farrell’s shot on Andre Esterhuizen last year, a seismic effort that was also ignored by officials.

In case you missed it, you can see the challenge below. What did you think when first seeing it?