THAT huge Tuilagi hit on Jordan Larmour at Twickenham 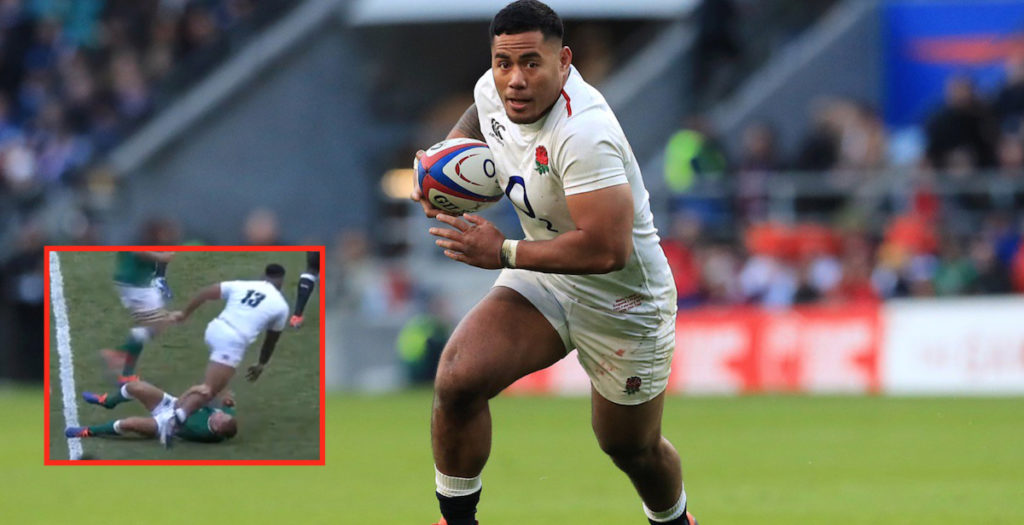 England centre Manu Tuilagi put in a man of the match performance against Ireland on Saturday scoring a try and making 11 carries in their 57-15 win at Twickenham.

But one of his best moments of the game was his enormous hit on Ireland winger Jordan Larmour in the second half.

Tuilagi was chasing down a high ball which Larmour was waiting to receive near the half way line, but the second he caught the ball he was crunched by England’s 114kg centre.

The tackle was deemed ok by referee Nigel Owens and Larmour got up straight away following the collision.