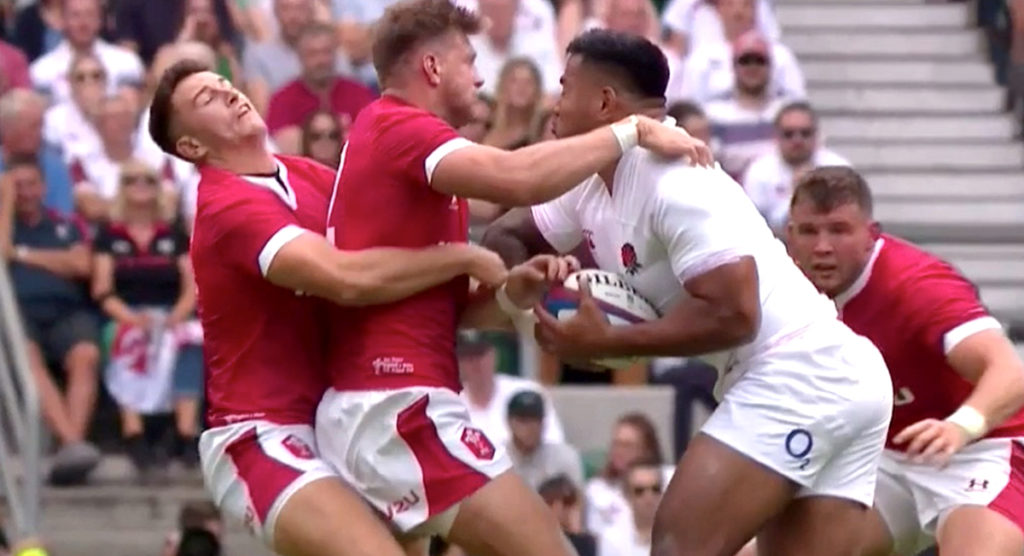 Manu Tuilagi came on for a late cameo in England’s 33-19 win over Wales at Twickenham on Sunday. The powerful centre made some good tackles and put in one powerful run, in particular, showing the kind of impact we’ve seen from him in the past.

Tuilagi came on as a replacement late in the match but carried well and impressed with this particular run, as he bumped off two Wales players and charged downfield.

The sequence of play led to Elliot Daly’s snap drop goal, which secured the 33-19 win at Twickenham.

The two sides meet again in Cardiff next weekend, as they continue their preparations for Japan.

Tuilagi has been included in England’s World Cup squad, which was named today.

Centre Ben Te’o, who was excluded from the England training camp after being involved in an altercation with teammate Mike Brown, was not included in the 31-man squad.