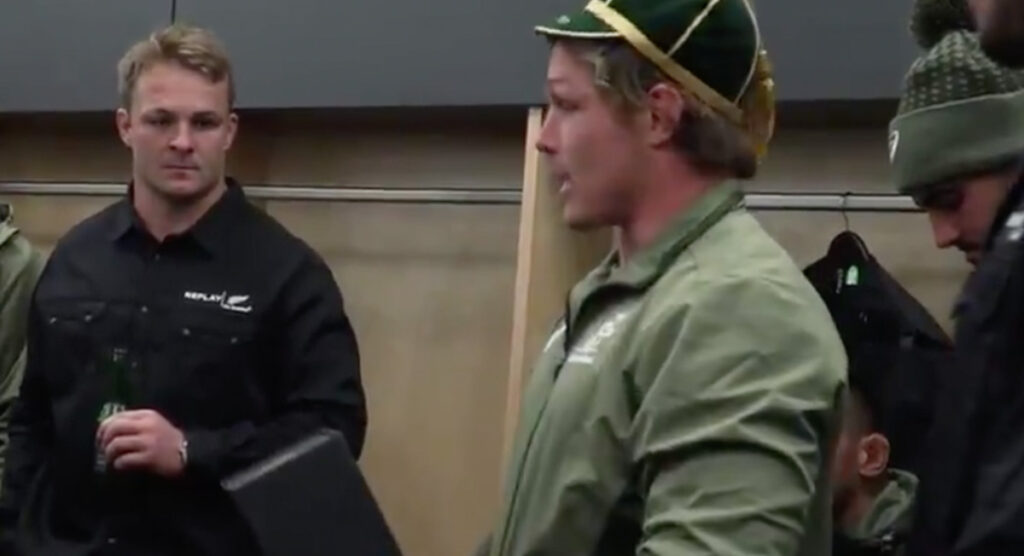 The All Blacks and Wallabies fought each other to a 16-16 draw in miserable conditions Sunday afternoon in Wellington. Despite the drama on the field, the rivalry was put aside afterwards as the All Blacks invited the Wallabies into their changing rooms to help Michael Hooper celebrate his 100th cap.

Despite the draw, many have labelled the match as one of the most thrilling in years. However, the result has also left many on both sides with a sour taste in their mouths. Each could claim this was “one that got away.”

Australia rightly feel robbed after Rieko Ioane’s foot was clearly in touch in the buildup to an All Blacks try. The All Blacks will feel equally robbed due to a separate instance of Ioane’s carelessness. Perhaps both sides should’ve had a drop-goal strategy in place.

Motivations on both sides may have been helped by all of the off-field drama between the trans-Tasman rivals in the past few weeks.

Super Rugby is currently a shambles and both sides are embroiled in a bitter back and forth to determine the future of the competition. Many Australians feel hard done by what they deem a heavy-handed approach from New Zealand Rugby.

For their part, New Zealand Rugby have decried certain scheduling conflicts and the resulting quarantine restrictions within the upcoming Rugby Championship.

Thankfully, all of this was set aside for this post-match display of sportsmanship between the two sides. Wallaby captain Michael Hooper was playing his 100th cap and was invited to share the moment with the hosts.

🤝 What it’s all about. Thanks @allblacks. #Wallabies #BledisloeCup #NZLvAUS pic.twitter.com/P98SBr0B58

All Blacks captain Sam Cane said: “On behalf of us, we want to congratulate you on your hundy and we’ve got a bottle of New Zealand’s best red wine, not sure where it’s from but it’s one of the greats so enjoy it when you get the chance.”

Hooper was gracious and looked forward to next week.

“Every time we play you blokes it’s on, it’s on from word go and thank you for inviting us in here, it’s the other stuff in rugby that’s quite special too. Thanks to all the boys and see you next week in Auckland.”