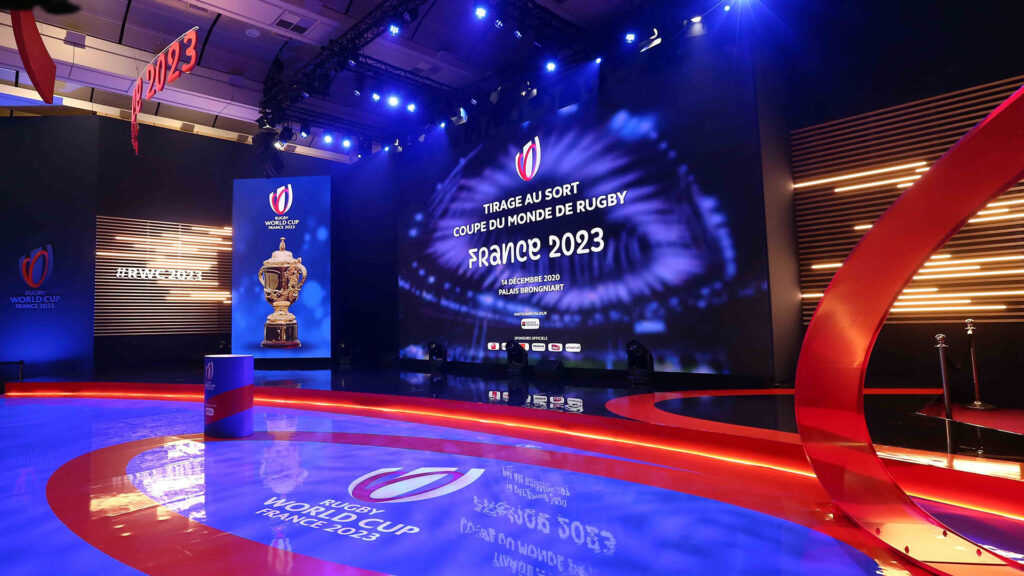 The 2023 Rugby World Cup pool draw took place today in Paris confirming the pools for the 10th edition of the tournament. Teams can now start to plan their campaigns, but there are many talking points.

The pools are as follows, with World Champions South Africa in Pool B and hosts France in Pool A alongside RWC rivals New Zealand.

England have unquestionably landed the most straightforward of groups, with Japan, Argentina and qualifiers from Oceania and the Americas on their 2023 agenda.

Japan were quarter-finalists when they hosted the World Cup last year, but are unlikely to have the forward power to threaten an England side coached by their former supremo Eddie Jones. But while the pool seems easy enough, England’s route through the knockout phase could feature, as in 2019, southern hemisphere heavyweights Australia, New Zealand and South Africa.

Wales fed up of Australia and Fiji

It is a case of same-again, yet again for Wales. For the third successive World Cup, they have been drawn in the same group as Australia and Fiji – and it is the fifth time in a row for them to face the Fijians.

Wales, under Warren Gatland, beat both opponents in Japan last year, which meant topping the group and securing a quarter-final against France. England are likely to await them this time around, though, if Wayne Pivac’s team finish second in their pool. There is a lot of water to go under the bridge before 2023, but even this far out, Wales know what is coming.

Ireland or Scotland set for an early exit?

As in 2019, Six Nations rivals Ireland and Scotland will meet in the pool stage, and this time around, they have the added problem of also tackling world champions South Africa.

Ireland won comfortably in Japan last year, but they had to settle for runners-up spot after losing to Japan, while Scotland bowed out as group stage casualties. Scotland have lost nine of their last 10 games against Ireland, and suffered six successive defeats at South Africa’s hands, while Ireland have toppled the Springboks six times in the last 10 encounters. Scotland, in theory, have it all to do.

France-New Zealand must be the tournament opener

The 2023 World Cup fixture schedule is not expected to be announced until late February, but one decision that tournament organisers should not spend long contemplating is which two countries kick things off. Hosts France, resurgent under head coach Fabien Galthie, have been drawn in the same group as three-time world champions New Zealand.

That would provide a glittering spectacle, potentially under the floodlights at Stade de France, giving the competition a dream launch, especially if Les Bleus triumph.

A lot can happen in three years

It is often difficult to predict the form of rugby union’s landscape in three months’ time, let alone three years, which is why not too much can be read into the 2023 World Cup line-up at this stage.

Yes, the big guns – countries like England, South Africa and New Zealand – will still be exactly that, but will France have overtaken all of them by then and become the world’s top team?