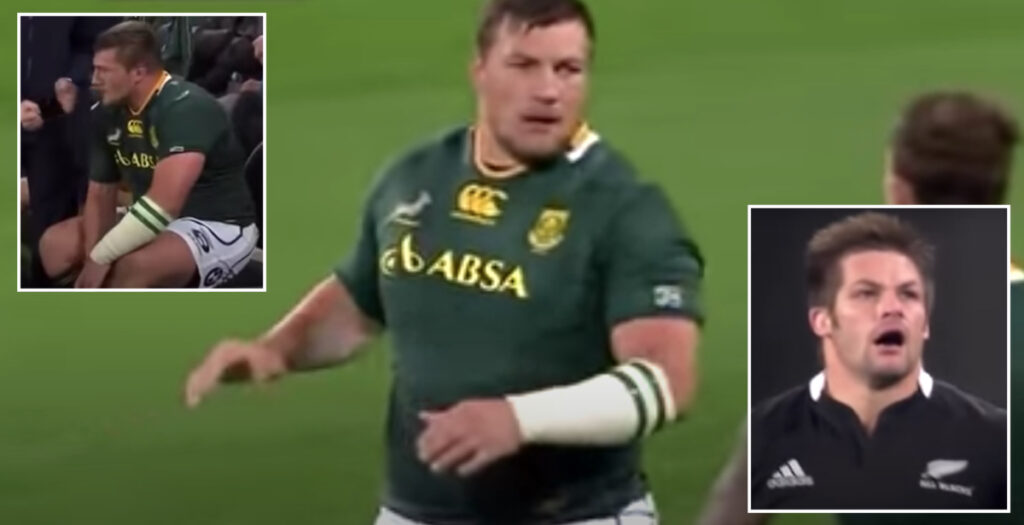 During round four of the 2012 Rugby Championship former Springboks prop Dean Greyling produced one of the worst substitute appearances in international history.

The replacement prop came on after 50 minutes for Tendai Mtawarira in Dunedin and just 30 seconds after running onto the pitch he gave away a penalty.

This cancelled out South Africa’s three-point lead and then 10 minutes later things got much worse for the loosehead prop when he attempted to clear out Richie McCaw at a breakdown.

The All Blacks captain was already on the ground when Greyling launched himself sideways through the ruck and forearmed McCaw in the face.

The ridiculous challenge left the New Zealand great lying on his back in pain while the packed out Forsyth Barr Stadium booed the Springboks prop.

Greyling was lucky to only receive a yellow card and when he returned to the action with just five minutes left, his night somehow got even worse.

With 10 seconds left on the clock the All Blacks had a seven-point lead. Greyling, desperate to win back possession, dived over the top of another ruck resulting in yet another penalty.

This was Greyling’s third and final appearance in a Springboks shirt as he was dropped by South Africa coach Heyneke Meyer.

Greyling, now 34, joined French side Oyonnax in the Pro Rugby D2 league in 2016 where he remains to this day.

It nearly 15 weeks ago - an October 10 semi-final vs Bristol - when powerhouse midfielder Malakai Fekitoa was last seen in action with Wasps.