The cat-like acrobatics that won Wales the match 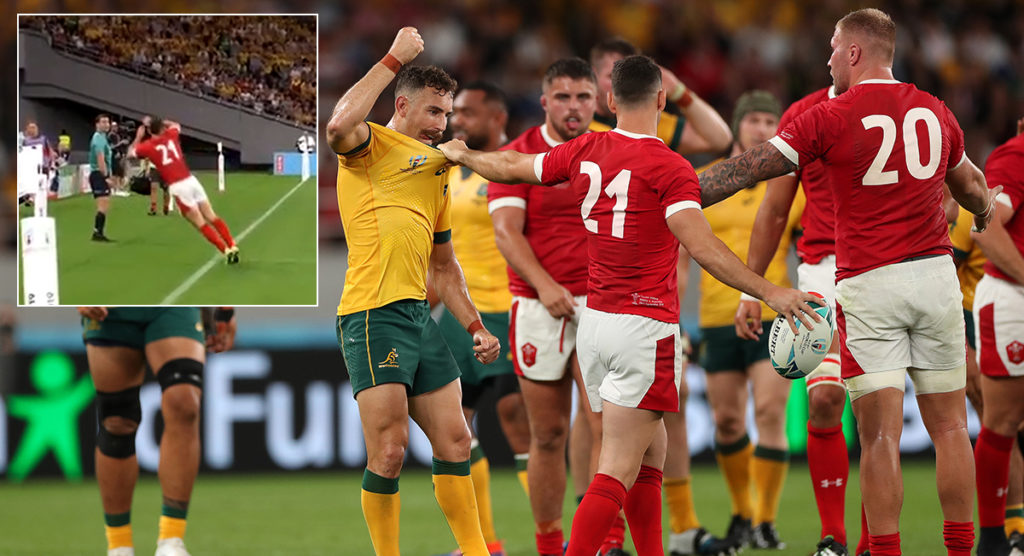 Wales’ win over Australia on Sunday had many match-defining moments; drop-goals, dangerous tackles and interceptions to name a few. But Tomos Williams may have produced the most crucial bit of play of them all.

With less than five minutes on the clock, the Wallabies had a penalty well inside their own half that Matt Toomua tried to find touch. The flyhalf needed as much distance as possible and sent the ball almost 50 metres.

It looked as though it would comfortably find touch, but for the replacement scrumhalf to dive from the field of play to tap the ball back in.

That could be a game saver for Wales! Take a bow! 👏 #AUSvWAL #RWC2019 pic.twitter.com/8yeBbGZguf

With Wales desperately clinging onto a 29-25 lead, this would have been the Wallabies’ chance to strike right at the end of the match and steal the victory. They were leading that half 17-6, so momentum was on their side and there was a fair chance they would have crossed over at that stage.

However, Williams’ acrobatics deprived Michael Hooper’s men of having a sniff near Wales’ line in the final minutes of the match. Knowing he needed to be on the pitch when he jumped to catch the ball, this level of awareness cannot be underestimated, as while his primary focus would have been on the ball, he also needed to know where he was in relation to the touchline.

That moment not only proved to be decisive in the match, but is likely to seal the top spot in Pool D, and could go a long way in shaping Wales’ Rugby World Cup campaign.

Warren Gatland’s side are now set to face Fiji and Uruguay in the final two pool matches, two games in which they should win. They will then face the runner-up of Pool C, meaning they should avoid an encounter with England in the quarter-final.

In such an important game against the Wallabies, Williams’ magic may be regarded as one of the pivotal moments of the tournament.