The curious case of Thomas Ramos after he returned home 'injured', then played 80 minutes in Toulouse win 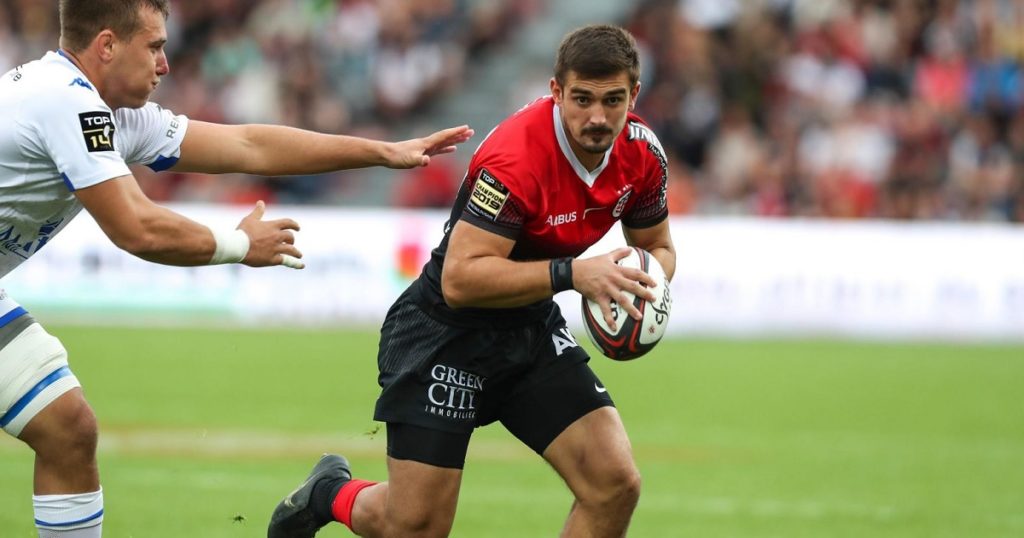 It is perhaps the mystery of this year’s Rugby World Cup. One minute, France’s back-up full-back Thomas Ramos was in the squad, the next, he is on the plane back home after being ruled out with an ankle injury.

Fast forward one week, and suddenly he’s turning out for Toulouse for a full 80 minutes in their defeat of Castres in the Top 14.

So what exactly happened? French head coach Jacques Brunel confirmed he himself had taken the decision to send Ramos home from Japan, following a medical assessment on the player which estimated he would be out of action for 10 days.

Seemingly unable to play, Ramos surprised many by not only playing the full match for Toulouse last weekend, but performing well enough to leave many in the media and fans alike, scratching their heads. Ramos was instrumental in Toulouse’s first try of the match, which came after just a minute of play.

The full-back was playing in his secondary position of fly-half and looked comfortable as he was seemingly injury-free in the build-up to the score.

Brunel told the media last week that he had not taken the decision lightly, but was adamant that his player would not be fit enough to play any further part in the tournament.

“There was a diagnosis that he would be unavailable for around 10 days.

“We had two matches to play against Tonga and England and we didn’t know the result of the England match against Argentina. We needed two fullbacks who were 100% fit.

“It is no laughing matter to send home Thomas Ramos because he is our fullback and one of our kickers, one of the two or three best in France. It was my decision. I don’t know if others would have acted differently but it is on me.”

Cynics would say that this is typical French disorganisation and politics, which may still be true. But, perhaps questions lie more with the Top 14 if the medical decision from the FFR in Japan is to be believed.

It’s no secret that there is some degree of displeasure from current French players around the way the Top 14 deals with player welfare. With some criticising the amount of games played throughout the year, the overall fitness levels of players and the lack of duty of care for injured members of squads.

While there is no proof that different medical criteria exist between the FFR and Ligue National de Rugby (LNR), the saga of Ramos may well be left a mystery.