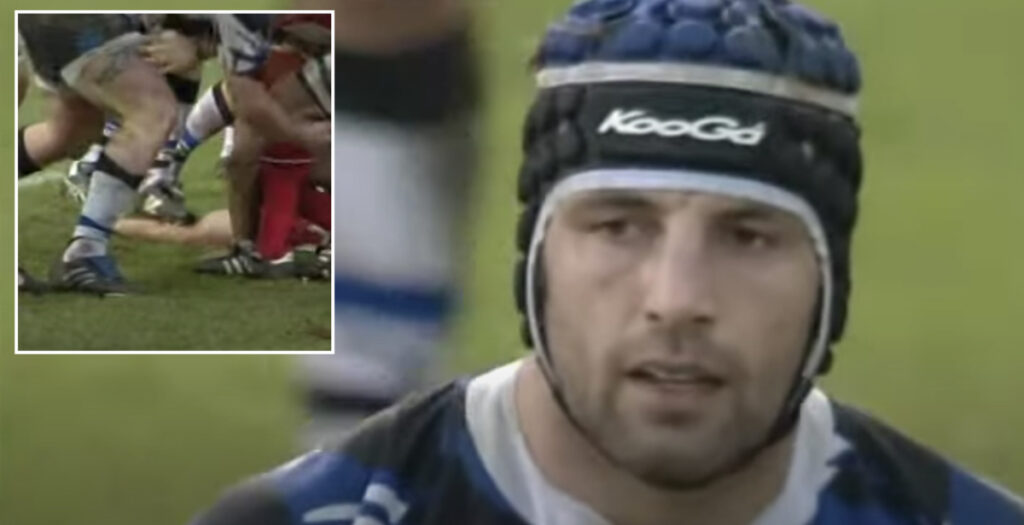 The red mist descended on former England and Bath second row Danny Grewcock during a Heineken Cup match against Ulster in 2010.

Grewcock was being held at the fringe of a ruck by Irish international Stephen Ferris which angered the 6ft 6” lock so much that he retaliated with a stamp.

His boot dug into the forearm of Ferris as he lay on the ground which required attention from the Ulster medical staff and after a review from the TMO, Grewcock was shown a red card inside the first half.

The visitors went on to win the game 10-28 at The Rec but it wasn’t enough to qualify for the quarter-finals.

Grewcock earned 69 caps for England over a 10-year period and made five Test match appearances for the British & Irish Lions.