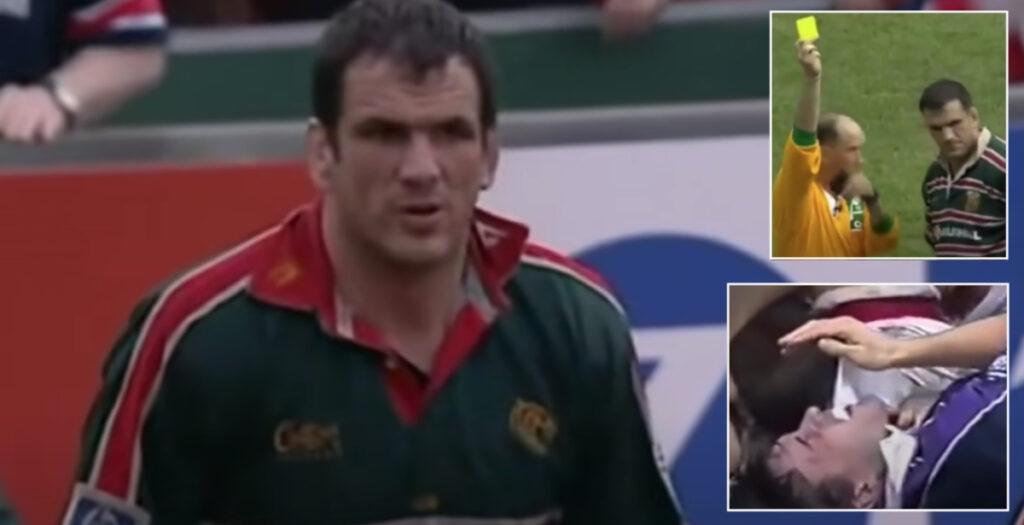 England and Leicester legend Martin Johnson had a history of foul play for both club and country throughout his 16 years in the game.

Standing at 6ft 7” the giant lock was a true enforcer on the pitch and was known to throw the occasional punch if he felt the opposition deserved it.

While much of his earlier days in the sport were not televised, here are a few examples of his dirty antics on the field including a punch to the jawline of Doddie Weir and a nasty stamp to the throat of Scottish centre John Leslie.

Aside from his brutal nature, Johnson is regarded as one of the game’s greatest ever leaders and his confrontation with former Ireland president Mary McAleese ahead of the 2003 grand slam decider will forever be iconic.

Johnson earned 84 caps for England over a 10-year period, highlighted by the 2003 World Cup triumph, and went on three separate British & Irish Lions tours making him a true great.