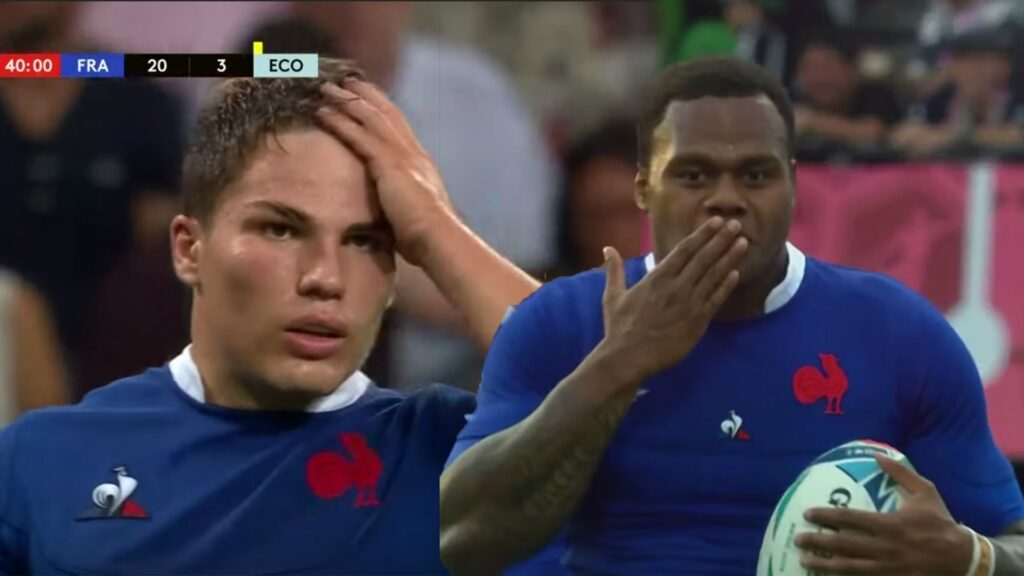 France has named a stunning backline that will take on England this weekend in Paris.

The French have named a team of backs that is absolutely rammed full of top quality players. It seems that the team has finally unshackled itself of the likes of Mathieu Bastareaud, quality players but now it’s looking to young new talent.

We are going to show you just how deadly this backline is that will take on England this weekend.

Dupont is the general of this backline, managing to usurp the little magician Baptiste Serin for a spot in the scrum half role. We will show you this short clip of him in action to show you just how dangerous he is.

The fly-half for Toulouse has been somewhat of a revelation in France since he put in some superb performances in the Top 14, the top league in France.

Damian Penaud was heralded as the next big thing in World Rugby back in 2017 with some incredible performances when he first came on the scene.

He has an incredible ability to escape tackles, this can be seen in the clip below…

Everyone will know about Gael Fickou, he is now one of the most experienced players in this French backline which is packed full of dangerous and dynamic talent.

The Fijian born sensation is key to France’s chances of beating England this weekend, and he has every chance to help his team do that if he can do things like this…

The centre was unstoppable against Tonga in the World Cup.

The Racing 92 winger has been nothing short of fantastic for France, and he was one of the bright lights for France at the Rugby World Cup. He will need to be on top form to help France beat the likes of Jonny May and Elliot Daly.

Racing 92 teammate was raving about him only 2 weeks ago…

One of the freshest faces in the French backline, we didn’t know a great deal about him until now, but my word is he a talented operator.

Here he is in action for the French side Montpellier…