The potential candidates to replace England's Tuilagi this Autumn 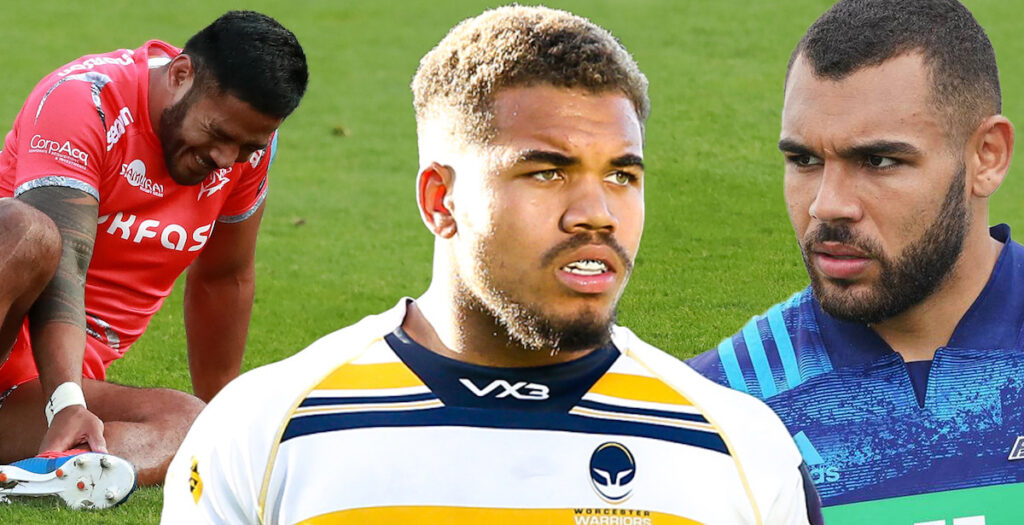 England centre Manu Tuilagi has been ruled out for six months after suffering a torn achilles tendon against Northampton earlier this week.

The 29-year-old has been a cornerstone of Eddie Jones’ England side for the past two years for his almost freakish strength and ball carrying ability in midfield and his absence will be sorely missed.

However with the Six Nations and Autumn Nations Cup looming for England, Jones will be looking for a suitable replacement for the 110kg powerhouse.

Assuming Jones sticks with the Ford-Farrell combination, England already has some experienced options such as Jonathan Joseph and Henry Slade who could slot into the 13 jersey, but there are also some youngsters putting their hand up for selection.

Fans and pundits have taken to social media to express their views on the situation and here are some of the frontrunners to potentially break onto the international scene ahead of the squad announcement on Monday, October 5.

Exeter’s Devoto has been playing regular rugby for the Chiefs at the highest level and was actually a member of the first 2020 Six Nations squad earlier in the year. However with just nine minutes of action under Jones, could Tuilagi’s injury be the opportunity the 27-year-old has been waiting for?

Devoto has been on the field for nine minutes in Test rugby despite being named in four match-day squads under Eddie Jones. Wonder whether more brutal misfortune for Manu Tuilagi finally gets him a run with England. https://t.co/dDWr21Hngg

“I’m sure Eddie Jones won’t be having the easiest of sleeps tonight.”

If replacing Tuilagi for a like-to-like player is Jones’ ambition, then Worcester’s Lawrence could be the answer. The 21-year-old has some of the strength and power traits of Tuilagi, but carries a better distribution and kicking game.

Huge blow for Sale losing Tuilagi. Same for England as well, chance for Ollie Lawrence or Marchant to show what they can do at 13?

Another 21-year-old with big potential is Northampton’s Dingwall. The illusive centre was named in the Six Nations squad earlier this year and already has 22 appearances for Saints. Dingwall also captained England U20s at the World Championships in Argentina last summer and is pushing hard to earn his first cap.

The Harlequins centre already has three England caps to his name but after spending some time with the Auckland Blues in Super Rugby, the 24-year-old has come back to the Premiership in fine form and could be an option for Jones in midfield.

Joe Marchant seems to be the forgotten man at 13 with the talent England have – Slade, JJ, Lawrence etc. A lot of 13’s but not many 12’s

Joe Marchant’s technical skills are brilliant. Tackle technique and handling skills are a level above.
So often we take those skills as ‘basic’ skills, but they aren’t really.

It’ll be Slade at 13, but, a good time to unleash Joe Marchant or Ollie Lawrence https://t.co/CXoT7EXBJF