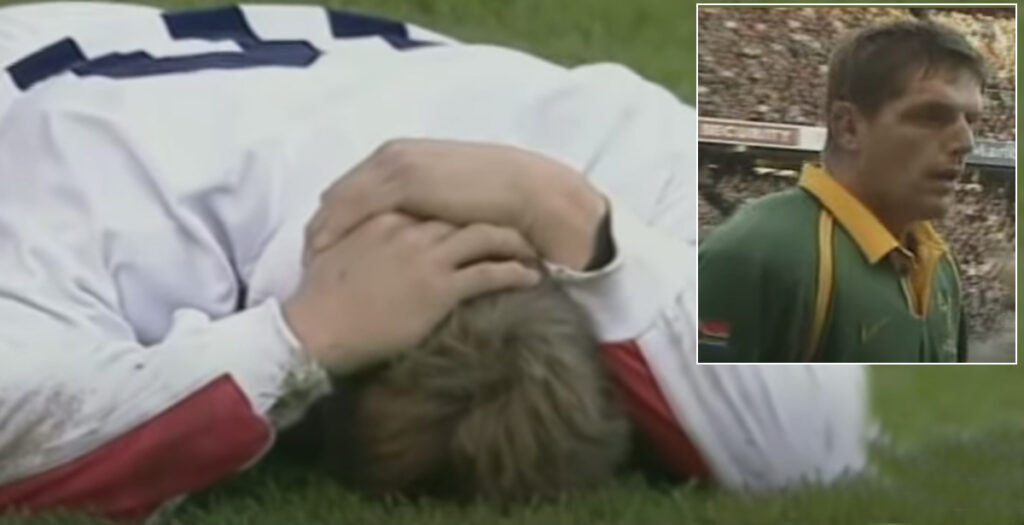 Almost immediately after South Africa had conceded a try in the first half Labuschagne followed through on an attempted charge down, wiping out Wilkinson in the process.

Referee PD O’Brien was quick to send off the second row and after the Springboks were hammered 53-3 by the English, Labuschagne never made another appearance for South Africa.

In total the lock earned 11 caps for the Springboks but this crazy challenge on Wilkinson was probably what ended his international career.