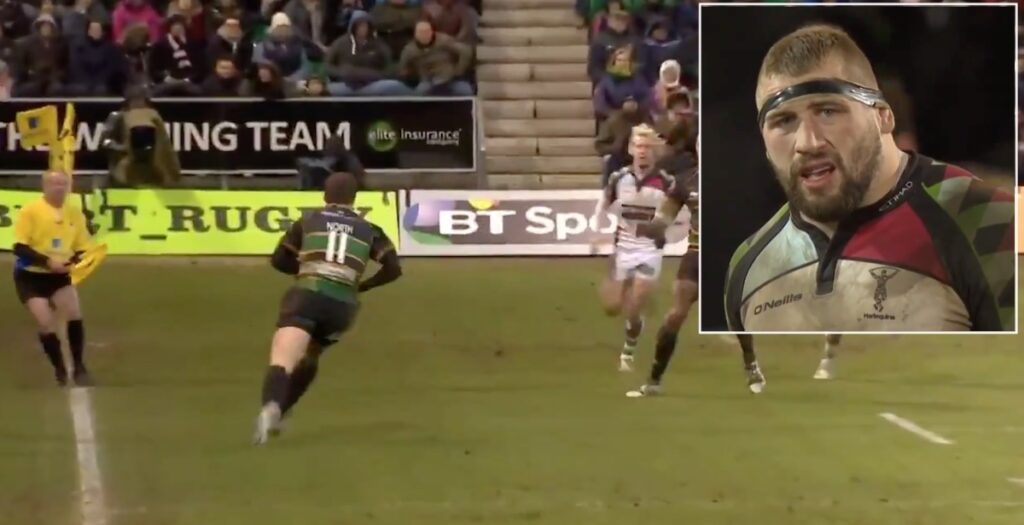 England and Harlequins prop Joe Marler put in one of the biggest hits of the 2013/14 Premiership season on Welsh star George North.

The 105kg winger charged at full pace down the touchline at Franklin’s Gardens but was stopped dead by a brutal hit from Marler, who came out of nowhere to make the tackle.

The collision ringed around the ground as the Northampton Saints winger was smashed by Marler and commentator Austin Healey said “that could go down as tackle of the season”.

Saints went on to win the match 23-9 and North recovered from Marler’s hit to score a well taken try after bumping off Charlie Walker.

“Young Charlie Walker is a talented player but when you’re one on one with George, you have to make sure you make a good tackle,” said Jim Mallinder of the impressive North try. “We needed that from George, it was fantastic to see him score in the corner.”