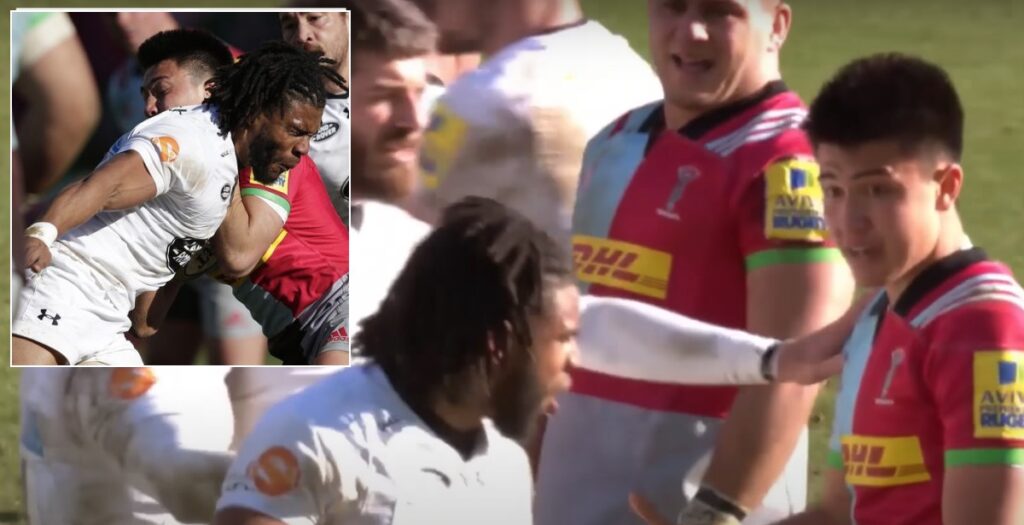 Back in February 2018 former England centre Kyle Eastmond received a six week ban for two nasty high tackles in as many minutes during a Premiership game against Harlequins.

The Wasps centre began with a high shot on Quins’ Ross Chisholm, leaving the full back requiring medical attention, before throwing a vicious swinging arm around the face of youngster Marcus Smith.

The second challenge pushed Quins over the edge, causing handbags to spark after just 16 minutes of the game at Twickenham Stoop and after consulting with his TMO, referee Wayne Barnes showed Eastmond a red card.

Commentator Ugo Monye said that both challenges deserved red cards and the packed out Stoop was chanting for Barnes to send off Eastmond.