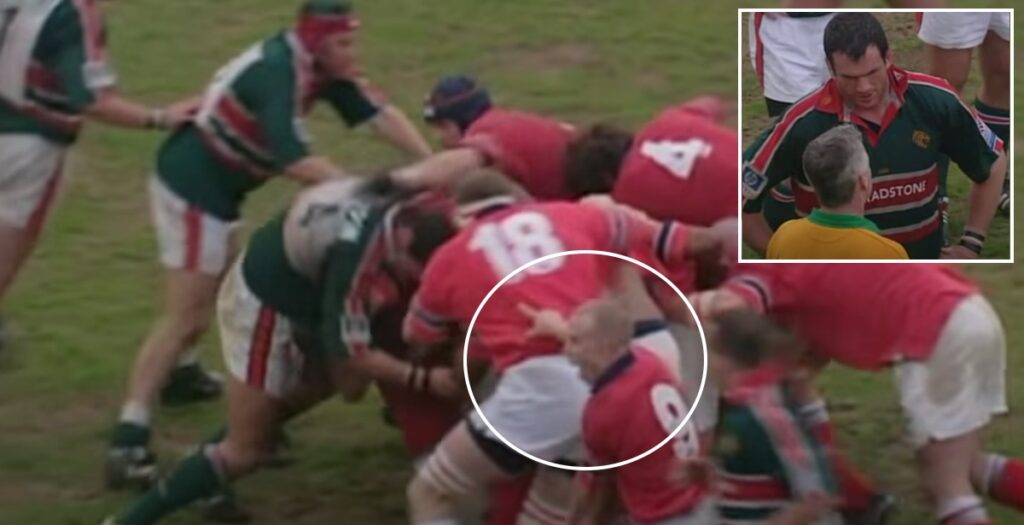 England legend Martin Johnson got caught out by Irishman Peter Stringer with a punch during the Heineken Cup quarter-finals in 2003.

Stringer punched Johnson in the back of the head when he was involved in a rolling maul and the former Leicester captain’s reaction was to swing at Munster’s six, thinking he was the antagonist.

Stringer’s jab wasn’t picked up by the referee, but the linesman spotted Johnson’s punch. However while the referee consulted with his official, the linesman said: “Uppercut, just give him a telling off.” The lock somehow escaped the sin bin.

Munster went on to win the game 7-20 and progress to the semi-finals, where they lost by a point to Toulouse.