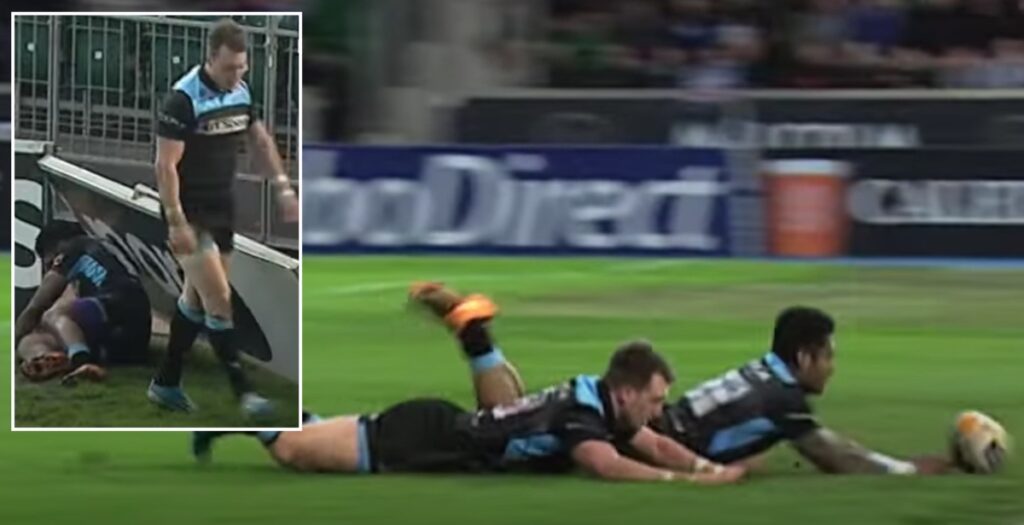 During the final round of the Pro12 between Glasgow Warriors and Zebre in 2014 Scotland’s Stuart Hogg was denied a fantastic hat trick by his own teammate.

The Scottish star had already bagged two tries at Scotstoun and after using his remarkable footballing skills to land the ball over Zebre’s try line, Hogg was in a footrace with his own winger Nikola Matawalu.

Hogg pointed at the Fijian to signal he wanted the score to complete his hat trick but Matawalu dived for the ball, knocking the Scottish international out of the way to grab the try.

Matawalu slid through the sponsor boards and while his teammates gathered to congratulate him, Hogg turned away looking at the ground in disbelief.

Glasgow went on to win the game 54-0 and after beating Munster in the semi-final, fell to Leinster 34-12 in the final in Dublin.

Hogg, now 28, has earned 71 caps for Scotland since making his debut in 2012 and is now proving one of the most prolific scorers for Exeter Chiefs in the Premiership.