The Top 5 Moments from the 2001 Super Rugby Season 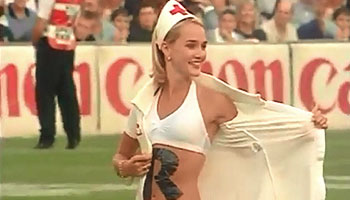 As we approach the knockout stages of this year’s tournament, Sean Maloney and Rugby HQ take a hilarious look back at the 2001 Super Rugby season, one that produced some classic moments that included great tries, incredible celebrations and bizarre off-field antics.

George Gregan – in studio as this is presented – features with some onfield ballett that we posted ourselves way back in 2007, and Stephen Larkham delivers an outstanding try-scoring pass. The Blues’ try was incredible, as was the puddle, and the rest is pretty much just good fun.

As Sean said on twitter, it’s the most fun he’s EVER had on-air, and it shows. View more Top 5’s