The very best examples of when rugby stars acted like footballers 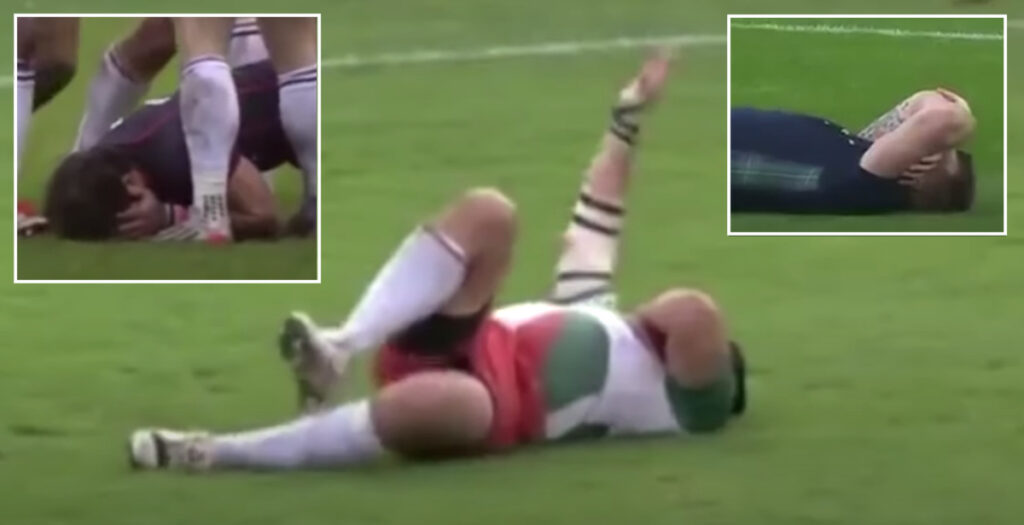 YouTuber Andrew Forde has put together a hilarious montage of when rugby players dived like footballers on the pitch.

The five-minute compilation features play-acting from some of the game’s biggest stars including Bryan Habana, Yoann Huget and Jonathan Sexton.

The video contains a variety of different types of simulation from players holding their faces to diving in an attempt to win a penalty for obstruction.

Fortunately the officials, for the most part, saw right through the intentions of the players involved. One clip shows the time Nigel Owens called out Stuart Hogg at the 2015 World Cup for making a meal of a charge down attempt from the Beast.