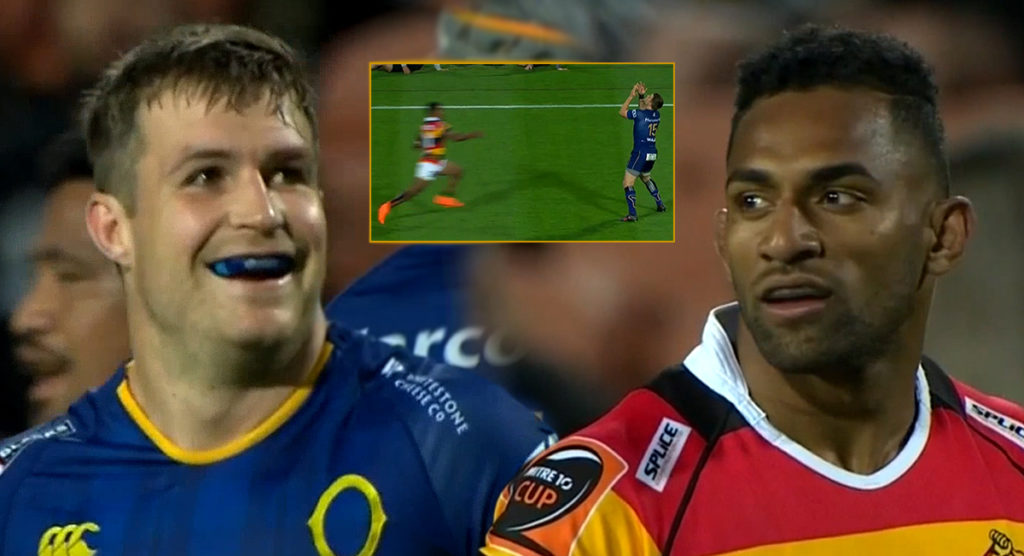 Waikato winger Sevu Reece has had a stand out season in the Mitre 10 Cup, but it’s been a mixed bag for him off the field after his contract with Connacht was terminated, and now he hasn’t been included in the Chiefs squad for Super Rugby.

Fijian Reece has been in dazzling form, picking up the top try-scorer of the season honour with 14 in 11 games, and helping his side to their Mitre 10 Cup Championship win over Otago in Hamilton last weekend.

His good form was rewarded with a two-year deal with Connacht in Ireland, but after an appearance in caught for domestic abuse, that was immediately terminated.

The 21-year-old now finds himself without a contract and hasn’t been included in the Chiefs’ Super Rugby squad that has just been announced.

“I would love to have a Super Rugby contract but, at this moment, there is nothing there for me,” Reece said. “This year has been my best I’ve ever played. I’ve had a couple of issues along the way but that didn’t stop me from performing on the field.

“I’ve been talking to my agent and I’ve got a few overseas clubs that are interested, but my dream is to play Super Rugby first and then maybe head overseas. I think, personally, that I’ve got a point to prove.”

Reece made this outstanding tackle on Otago’s Michael Collins in the final, timing it perfectly as he smashed the fullback to the floor. It even brought a smile to Collins’ face.

The former Hamilton Boys High School (moving over from Fiji on a scholarship in 2014) flyer is one of the most talented players in New Zealand right now but unless something dramatic happens, will be watching Super Rugby from the sidelines next season.

“With Sevu Reece’s contract not coming through with Connacht, we had already committed to him (Moeakiola), so it’s unlucky for Sevu to miss out,” Cooper said.

While Reece had appeared in Hamilton District Court on October 1 for sentencing on one count of male assaults female – an incident involving his girlfriend – he was discharged without conviction and fined $750. He also had a one-match ban with Waikato and has since participated in restorative justice and has undergone counselling with his partner.

Earlier this year Connacht posted this welcome video. As of now, the video is still live.

Reece’s management also posted this video recently, showing some of his best moments from the season.