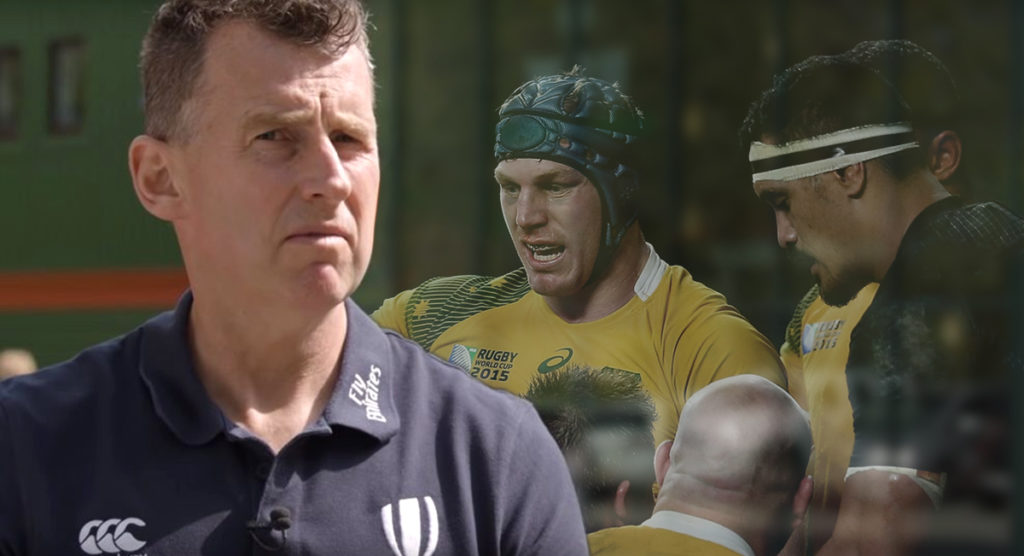 Nigel Owens will referee at his fourth Rugby World Cup later this year in Japan, and the legendary Welshman has certainly had his fair share of action in the tournament since his first appearance in 2007. Known as much for his sense of humour as his humility, Owens shared some touching anecdotes about the 2015 final, which he officiated.

It’s every referee’s dream to take charge of a World Cup final and for Owens, that dream came true four years ago as New Zealand defeated Australia to secure their third triumph, and second in a row at Twickenham.

“[Pocock] has just lost a final and the first thing he has done after I have blown the final whistle is come and thank me for the game. And I  just thought “what a special guy and what a special game”.

Kaino did a similar thing from the other side, putting into perspective the amount of respect the referee – and Owens in particular that day – has among some of the top players in the world.

One particular moment from the #RWC2015 final will live long in the memory for @Nigelrefowens 🙏 pic.twitter.com/9QcJ5JLXA0

Owens tweeted about the moment that is featured in the video above.

Owens will be one of 23 match officials for the tournament, which kicks off on 20th September when hosts Japan take on Russia.