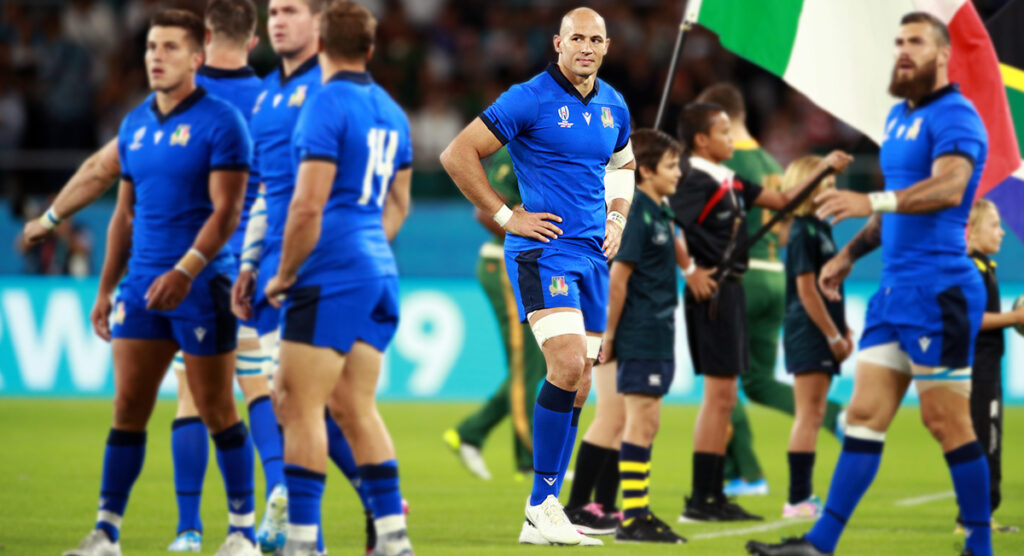 Sergio Parisse’s chance to bow out of Test rugby in style is once again in jeopardy as the coronavirus is posing a threat to Six Nations fixtures.

The 142-cap veteran is expected to feature once in this year’s Six Nations, and the final match of the Championship against England in Rome is likely to be that match in front of a home crowd.

However, with the Italians’ visit to Ireland in the next round already postponed, it is becoming increasingly likely that the fixture against England a week after will be too, denying the former captain of his farewell.

Ireland v Italy rescheduled for 2037, when Sergio Parisse will play his last game at Test level.

The 36-year-old was deprived of his Test swansong at the Rugby World Cup, where Italy’s fixture against the All Blacks was canceled due to Typhoon Hagibis. He postponed his retirement in order to leave the game on his own terms, but it now seems another cruel twist is going to rob him of that opportunity.

Italy's last game comes on March 14th against England in Rome. To be decided whether it goes ahead or not. Sergio Parisse must be wondering if the universe just doesn't want him to retire

The Toulon No8 is an all-time great of the Six Nations and a titan of Italian rugby, and is worthy of an illustrious send-off given what he has brought to the Azzurri over his 18 year international career.

The match against England has not yet been cancelled, but with hundreds of cases of the virus already in Italy, a sporting fixture like this could have calamitous consequences. Of course, one player is not bigger than a typhoon or a potential pandemic, but it is nonetheless a bitterly disappointing series of events for Parisse, and it is improbable that another player will experience such roadblocks again.

The rugby gods really don't want Sergio Parisse to have a farewell match, do they!

It is also unclear as to whether Parisse will postpone his retirement once again in order to facilitate the send-off that he and the Italian public want, but there is only so long he can wait before he retires from the game completely.