#Throwback Thursday: That time Sebastien Chabal knocked Marc Giraud out with a slap 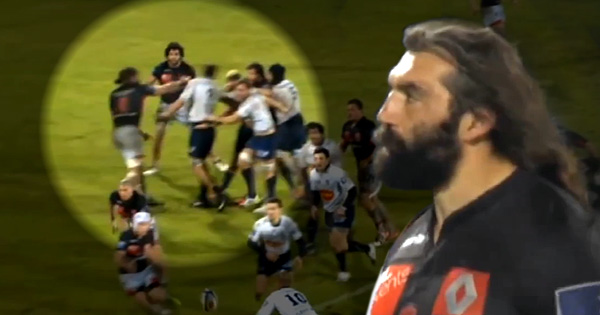 Remember when Sebastian Chabal turned full Seabass and knocked out Marc Giraud with a right hook to the jaw? Here’s a quick look back, as it was one of the most talked about incidents at the time, and the original video has since amassed 4 million views.

Three years ago when Chabal, then 36, was playing for Lyon in the French Pro D2, the fiery number eight unnecessarily took offence to Giraud grabbing him, and delivered a cracking punch to his opposite man.

Giraud hit the floor out cold but luckily escaped any further damage, while Chabal was lucky just to receive a yellow card, despite continuously pleading his innocence.

There was some debate at the time as to whether it was an open hand slap or a punch, however it’s effectiveness was never in question.

The iconic Frenchman received a three-week suspension for the incident.