THROWBACK THURSDAY: The Red Card that divided fans and all but ruined Wales' 2011 RWC campaign 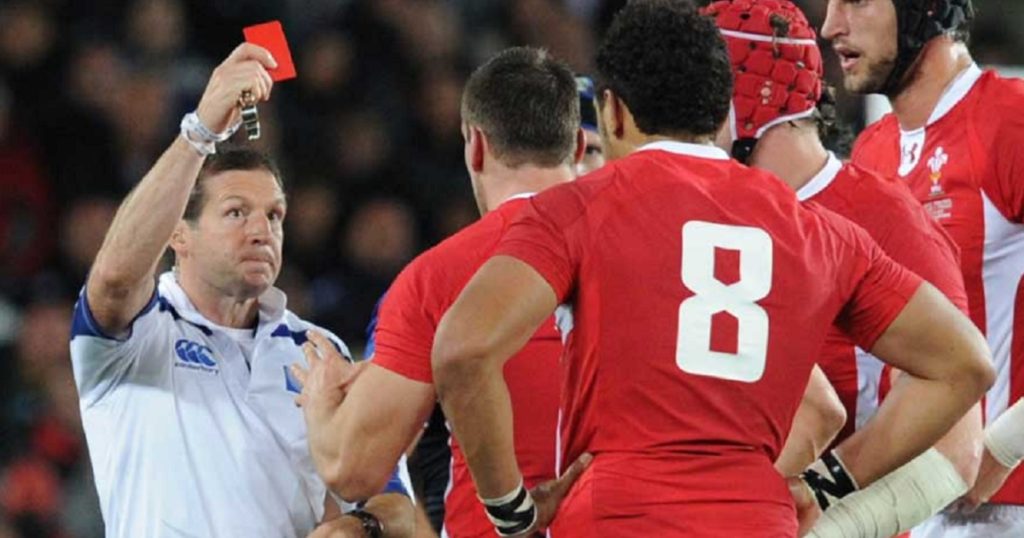 This weekend, Wales and France face each other in a Rugby World Cup match for the first time since that match in 2011, as the two teams fight for a place in the semi-finals in Oita.

Eight years ago, the match was marred by Sam Warburton’s controversial sending off after his dangerous tackle on French winger Vincent Clerc.

France went on to win the match 9-8 to make it into the final, which they narrowly lost to tournament hosts New Zealand.

The incident polarised opinion in some quarters at the time, with the ITV Sport commentators debating whether it even warranted a yellow card, which they initially thought Warburton had received.

But Warburton subsequently stated that he had no complaints as to referee Alain Rolland’s decision.

Added to the drama, was that Warburton was dismissed in the semi-final (only the second player to see red in the last four, with the first ironically also a Welshman, Huw Richards against New Zealand in 1987) which proved pivotal in the outcome.

This year’s tournament has already produced a total of seven red cards, beating the previous highest of four in 1999 and 2003, placing a greater emphasis on the upcoming 2019 knock-out stages.

With revised tackle laws resulting in more players being sent off, teams will inevitably be wary of match-changing incidents which could thwart their chances of further progression.

Looking ahead to their rematch on Sunday, Wales head coach Warren Gatland believes his side will face a revitalised French team, who have played one less match than their opponents, after their final pool match was cancelled due to the Typhoon Hagibis.