Thumping hits from Barrett and Laumape as Hurricanes beat Chiefs 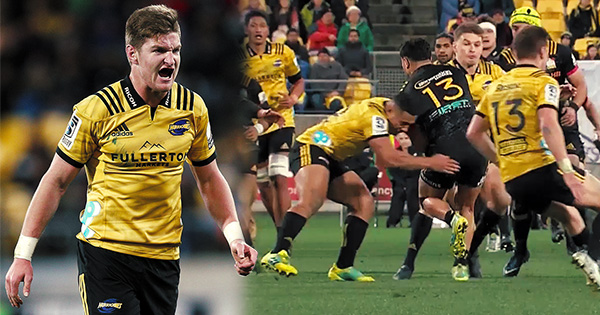 The Hurricanes have made the Super Rugby semi-finals with a 32-31 playoff win over the Chiefs. With five minutes left in the match, they had led 32-17. There were plenty of big tackles throughout, with centres Ngani Laumape and Jordie Barrett delivering the biggest shots.

The Hurricanes got off to a flyer as Julian Savea was gifted an intercept try early doors, then very nearly picked up a second minutes later, but was tracked down as he didn’t have the legs.

They led 17-10 at the break, looking a far more composed side than a week ago.

Scores were tied not long after but when Ben Lam crossed for a converted try in the 69th minute, the score was set at 32-17 and the hosts looked comfortable.

Damian Mckenzie was dangerous throughout, but also made a few glaring errors and wasn’t able to turn things around for the visitors, despite them coming close at the end. The final scoreline flattered them as the contest was already out of reach.

The Hurricanes will likely face the Crusaders in Christchurch unless the Sharks can spring an upset in the next quarterfinal match tomorrow.

The three big hits here lit up the Westpac Stadium crowd, with Chiefs loose forward Mitch Karpik unfortunately on the end of two of them, including one after eighty minutes.

Catch up on the match highlights: