The Rugby World Cup is truly going viral, and it was brilliant to see these World Famous golfers discussing our sport as they play golf.

Rugby World Cup fever has swept the World over the past few weeks, but the focus has grown ever more intense as we head into the final weekend of the 2019 tournament. So much so that today a video was released of golfing pro Rory McIlroy and Tiger Woods having a conversation about it as they played.

The PGA tour is currently in taking part in the Zozo championship and some of the top Rugby Players in the World are playing in for a purse of just under $10 million dollars.

McIlroy said to Tiger Woods as they were finishing a hole…

Woods: “How long are they here for?”.

McIlroy: With the warm-up games and the camp the whole thing is like 3 months, but they get here like a week before the first games so…

Woods: A month and a half? That’s a commitment.

McIlroy: Yeah, it might be 8 weeks if you get to the final. 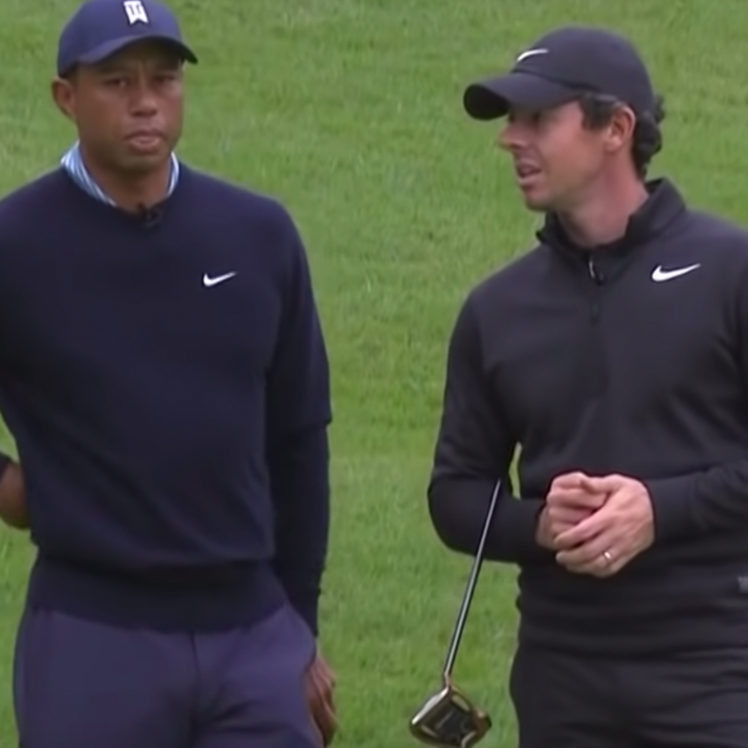 It’s brilliant to see this kind of interaction between such prominent sporting figures outside of the sport and it really shows the effect that it’s having on a global scale.

What took us by surprise, even more, was when Tiger Woods starting asking McIlroy about the British & Irish Lions Tour, saying…

Woods: When you do guys do, what do you call it, the British and Irish Lions?

McIlroy: Yeah they do that tour every four years and that tour is either New Zealand, Australia or South Africa. But that’s a big tour though because they do the 3 Test matches but they also play other teams when they’re down there too.

Here is the full footage of the conversation that they had.