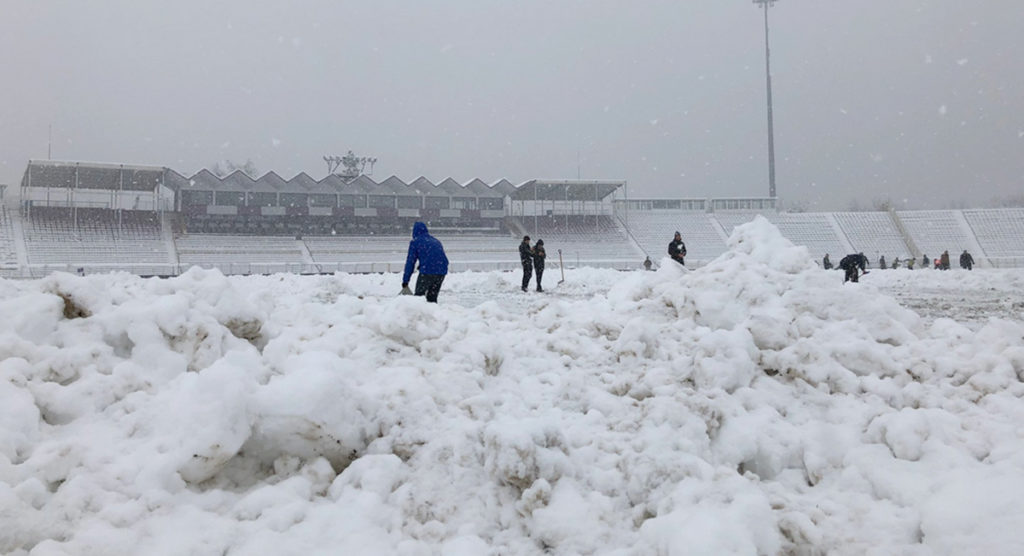 Northampton Saints’ away match against Timisoara Saracens in round 4 of the Challenge Cup was cancelled last weekend due to severe weather that made playing conditions virtually impossible. Today, the hosts faced a misconduct complaint.

An independent Disciplinary Committee consisting of Professor Lorne Crerar (Scotland), Chair, Philippe Cavalieros (France) and Val Toma (Romania), found that Timisoara Saracens had not taken all appropriate measures to prepare and protect the playing surface at the Dan Paltinisanu Stadium and that the club had breached the Tournament Rules of the 2018/19 Challenge Cup Participation Agreement.

The Committee determined that Timisoara Saracens’ preparation of the playing surface was deficient in that pitch covers were not in place, the undersoil heating system was not ready in good time and that no suitable alternative venue for the match was available.

The Committee also found that there were no exceptional circumstances and it decided to award five match points to Northampton Saints on the basis of a four-try bonus point result of 28-0 and imposed a fine of €30,000 on Timisoara Saracens.

Both Timisoara Saracens and EPCR have the right to appeal the decision.

As can be seen here, it was all clear on the evening before the match. Then the snow started.

And for anyone who was a bit sceptical about them calling off the contest, this says it all

The result leaves Saints in second place of Pool A, while Timisoara Saracens are bottom of the table with zero points from four matches.

The next round of play sees them travel to take on the Dragons on Friday 11 January, while Saints have a tough away match at Clermont on Saturday 12 January.

Big thanks to all who travelled and braved the snow! 👏🏼 pic.twitter.com/6yuVFXcPVA