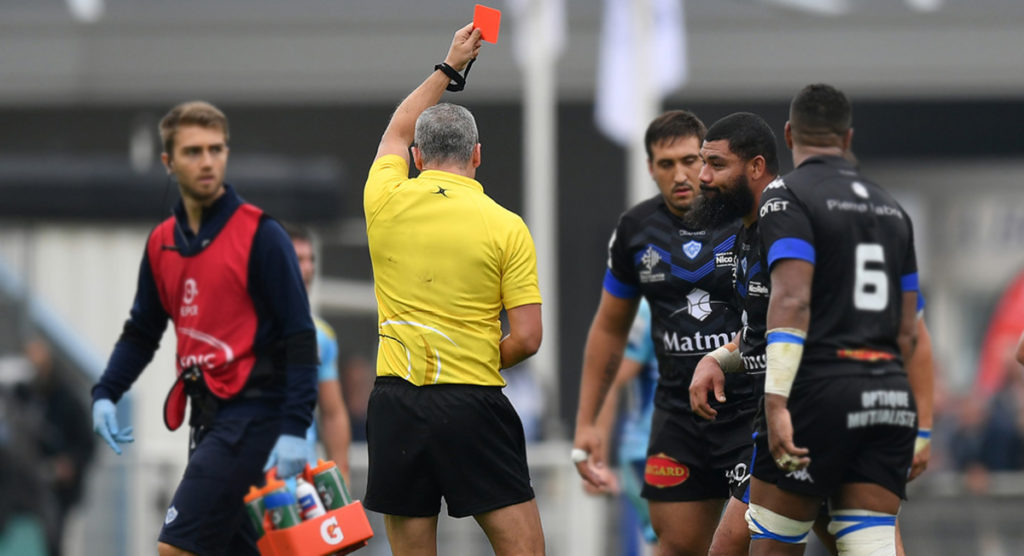 Castres Olympique No 8, Maama Vaipulu, received sanction today following a brutal shoulder against Exeter Chiefs in the Heineken Champions Cup at the Stade Pierre Fabre this past weekend.

Tongan Vaipulu, who played for the Chiefs in New Zealand before joining Castres, was shown a straight red card for a tackle that saw his shoulder make clear contact with the head of Exeter hooker, Luke Cowan-Dickie, who didn’t have the ball.

An independent disciplinary hearing in Paris found that the red card decision should be upheld, which Vaipulu accepted, and the panel found that his challenge was at the top end of the foul play sanctions, with 10 weeks the appropriate entry point.

However, given his guilty plea and early expression of remorse, the committee reduced the sanction by four weeks before imposing a final suspension of six weeks.

Vaipulu is, therefore, free to play again on Monday, 3 December 2018.

Meanwhile, Danny Cipriani has been hit with a three-week ban after his red card against Munster.