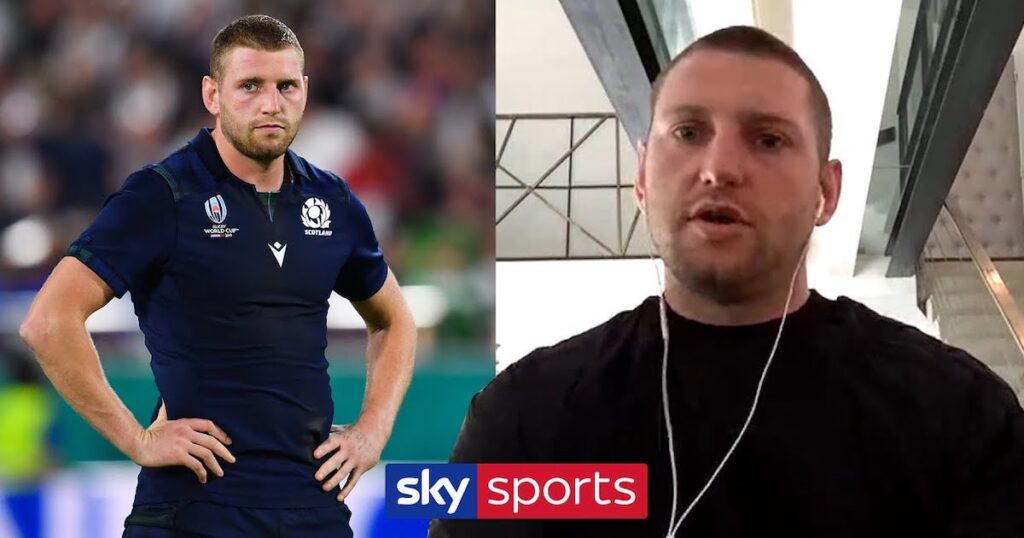 The unfortunate spat between Scotland fly-half Finn Russell and head coach Gregor Townsend is all but buried, with both parties using the quarantine period to smooth out the relationship.

Speaking on Will Greenwood’s Sky Sports podcast, the out-half was subdued but positive in his outlook on his international future, saying that he and Townsend chat regularly.

Pressed on exactly what caused the fall-out, Russell did not divulge too much more but believed that a better decision-making process needs to be installed to avoid future problems.

“There needs to be a bit of trust in players to get themselves prepared for the week ahead, each player is different,” said Russell.

“If you’re married and have kids, what you do in your spare time is going to be different to what the younger guys who are single to do switch off from rugby.

“If players don’t turn up then they’ve got to be held accountable.”

Russell admitted that, because the tension between himself and Townsend had been simmering for some time, even while he was at Glasgow, the public fall-out was almost necessary to highlight the communication and trust issues that lay underneath.

Now, with the air cleared, the pair can go about building a stronger working rapport.

“I’d come off the back of 13 matches in a row [with Racing 92], we’d just played a big European game at Saracens that day, I flew up to camp that night,” Russell continued.

“It all comes down to knowing the players, how to manage them, how to get along with them, it’s all individual.

“We both sort of realised that we didn’t have that relationship that we probably needed, and I suppose, for it to happen during the 6 Nations was not ideal. But I think it has brought to light maybe where we need to get better and how we need to work in the future.

“Going forward, it’ll be better for us both rather than keeping quiet and letting things build up.”

The water seems to be under the bridge at long last, with both parties keen to put the negativity behind them when rugby finally resumes.