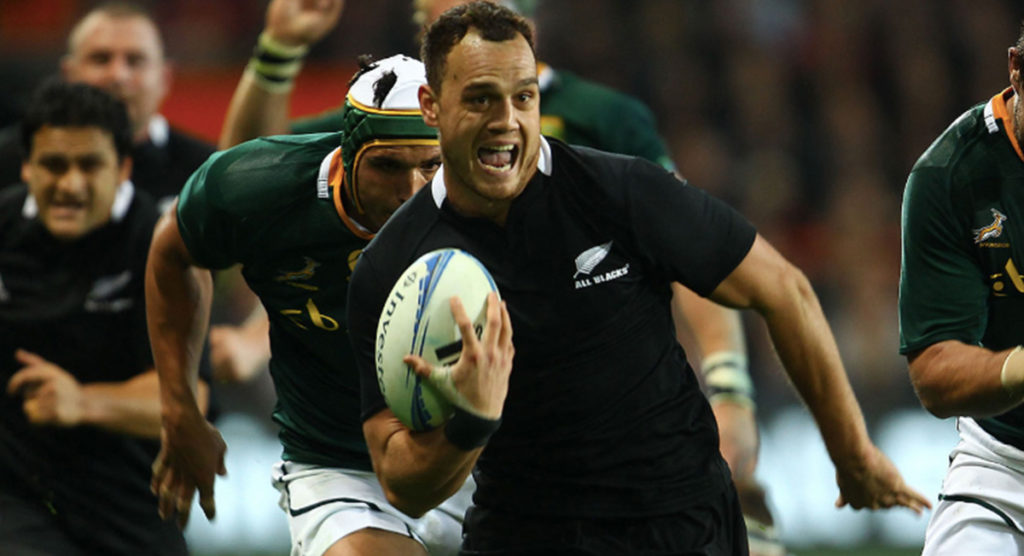 All Black great Israel Dagg last night announced his retirement from rugby. The decision comes on the back of a lengthy battle with a knee injury that’s kept him from maintaining the desired elite-level fitness necessary to move forward with what has been a phenomenal career.

Dagg made his debut with provincial side Hawke’s Bay in 2006. He then went on to great success in Super Rugby, making 25 appearances with the Highlanders and 89 with the Crusaders, including back-to-back titles with the latter. After unseating Mils Muliaina for the 15 jersey, he also played 66 Tests with the All Blacks, including Rugby World Cup victory in 2011.

“Unfortunately my dream career has come to an end due to a increasingly painful and unfixable right knee, my rugby days are over,” Dagg said in a post online.

“It’s been an honour to represent the All Blacks, Crusaders and Hawke’s Bay over the years and I’m incredibly proud to have worn each of those jerseys throughout my career.  While it’s bittersweet to mark the end of my playing career, I’m grateful to still be able to contribute to this Crusaders team in 2019 and help prepare some of the younger squad members to take the next step in their own careers.

The glowing tributes have already begun to pour in for the beloved fullback, chief among them are New Zealand Rugby CEO Steve Tew and All Blacks head coach Steve Hansen, recognizing both his skill and wider contribution to the All Blacks.

“It’s always a shame when injury forces a player to retire, but ‘Izzy’ will leave our game knowing that he’ll forever be remembered as an outstanding player who definitely enhanced the All Blacks jersey and contributed to the legacy of the team,” said Hansen.

“He had an outstanding debut season for us in 2010, scoring that final try in the Test against the Springboks in Johannesburg, and then took that form into the Rugby World Cup in 2011 where he was one of the stars of the tournament, and he played a major part in the All Blacks being successful at that tournament.

“We’ll all miss his outstanding rugby skills on the field, but he was a real character off the field as well. We’ll look back fondly at his time in the black jersey – he’s a very special man and a very special player. We wish him, wife Daisy and his young family all the very best for what the future holds.”

Here’s a little reminder of the hot-stepping greatness of Israel Dagg. We wish him all the best with the next chapter of his life.