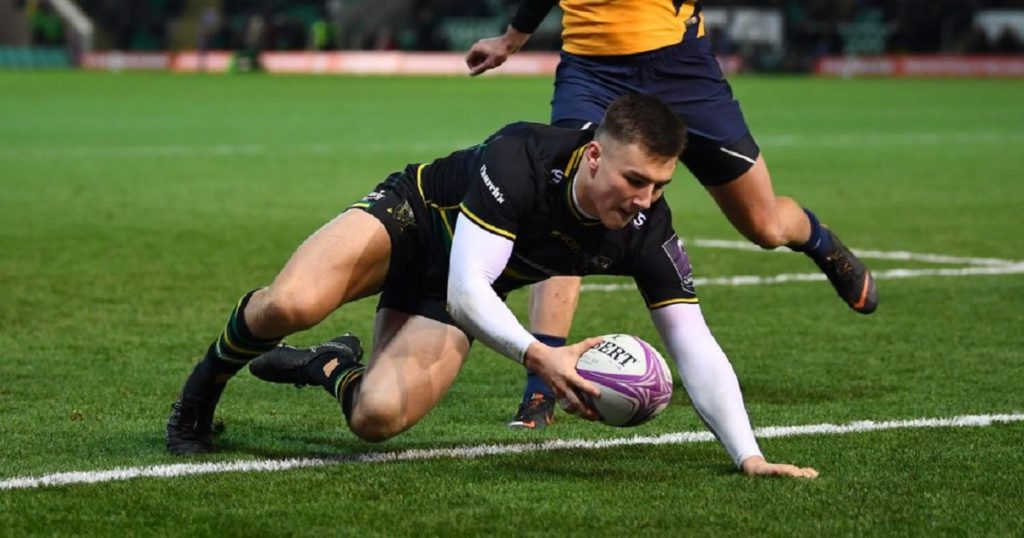 It’s not often that you see a team score over 100 points in European Challenge Cup competition, but last weekend it happened not once, but twice as both Bristol Bears and Northampton Saints ran riot in their final pool games.

Indeed, a total of 34 tries were shared between the two English Premiership sides in completely one-sided affairs which perhaps showcased the gap between them and their opponents in this year’s Challenge Cup.

Northampton kicked off proceedings on Friday night in front of 11,000 at Franklins Gardens. They eased to the quarter final stage with a staggering 111-3 victory over Timisoara Saracens, with Ollie Sleightholme scoring four tries and Alex Mitchell grabbing a hat-trick.

Saints led 45-3 at half-time, scoring over a point a minute, while a solitary Luke Samoa penalty all the Romanian visitors would get out of the encounter.

Saints Forwards Coach Matt Ferguson said post-match: “We judge ourselves on our performance against our own standards and I think clearly there were two things tonight: firstly it was to get the five points first and foremost, and then based on that, it was to get a score that was going to put the other teams under pressure. I think we did that.”

For Bristol, their 107-19 victory over Russian side Enisei-STM was made all the easier after the visitors lost Maxim Gargalic to a red card after just three minutes of play, for a high tackle.

The home side proceeded to score 17 tries of their own in a crushing performance which yielded five tries from scrum-half Andy Uren. Uren beat the club’s previous try scoring record set by Samoan internationalist David Lemi.

With the matches so one-sided (albeit in Enisei’s case, the margin of defeat was probably exacerbated by the red card), it does bring into question the standard of opposition in the Challenge Cup, and whether they should be allowed to play in the competition at all.

Both Timisoara and Enisei qualified for the Challenge Cup on merit courtesy of the Continental Shield competition last season, with both sides making improvements year-on-year.

The debate is sure to continue among fans, but it is hard to see the Challenge Cup and Continental Shield without either side in the years to come.