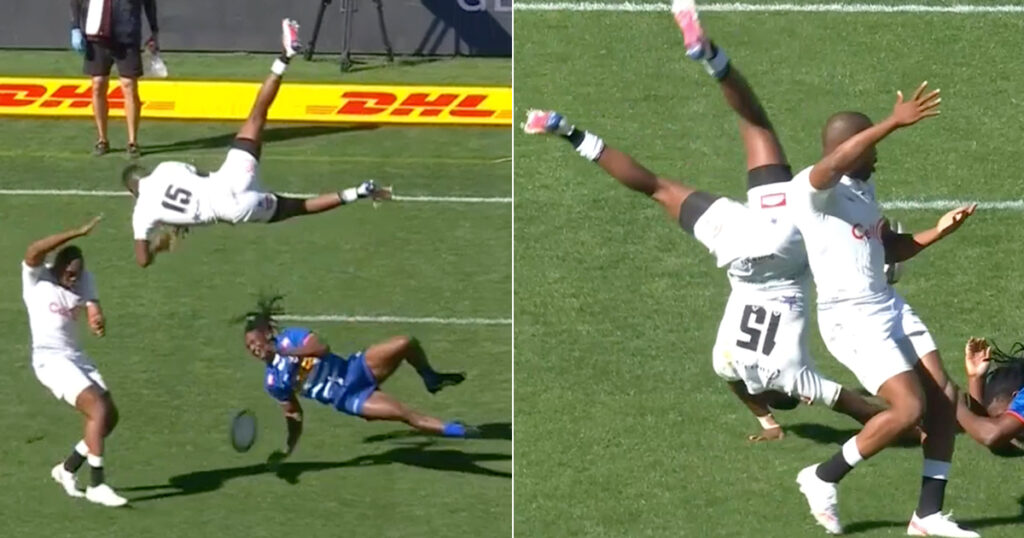 Stormers and South Africa Sevens flyer Seabelo Senatla was given his marching orders in the opening round of the Rainbow Cup in South Africa this past weekend when the Sharks came from behind and held on in an eventful 33-30 win in Cape Town.

The match featured two red cards, the first of which was given to Senatla by referee Jaco Peyper after the rapid winger took out Sharks fullback Aphelele Fassi in the air.

The collision was unfortunate and certainly not malicious, as Senatla appeared to misjudge the length of the kick and instead of competing for the ball, he ran straight into Fassi’s legs, flipping him for a full rotation that thankfully didn’t end in injury.

The young fullback had to be attended to after he had some trouble with his leg, but was able to continue the match.

Fassi, a flyer of note himself, was in great form on the day, racking up some impressive stats.

There was another red card in the game, after two yellows for the same offence (high tackle), but perhaps one of the more fascinating moments came when second row Reniel Hugo scored a hat-trick in just 6 minutes.