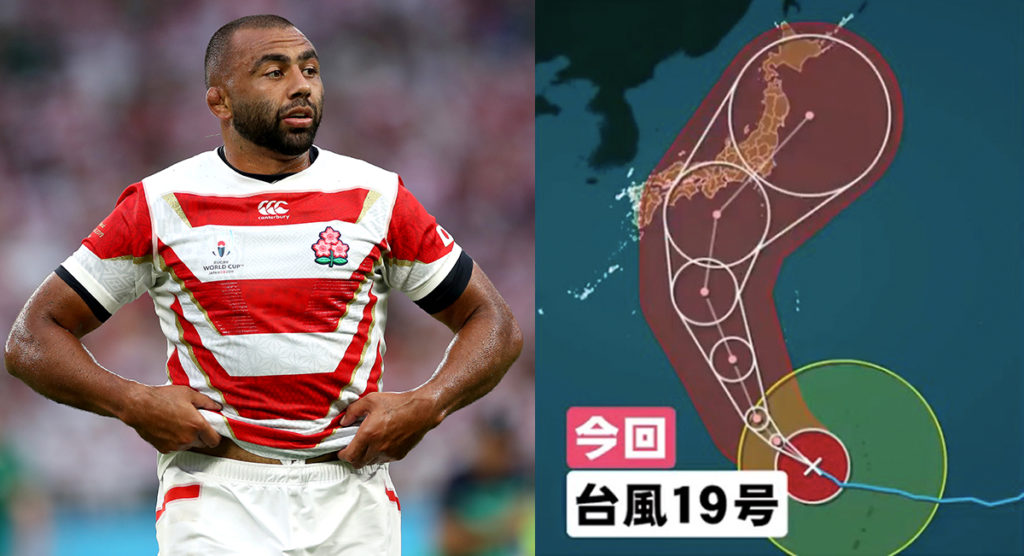 An announcement is set to be made today regarding the status of the final round of pool play matches this coming weekend, as Japan awaits the impact of Typhoon Hagibis.

With key clashes between France and England and Japan and Scotland set to determine the outcome of the quarter finals, tournament organisors are about to announce that they may be cancelled.

There is also talk of games being played in closed stadiums (no fans), but at this stage nothing has been confirmed. A press briefing takes place at 12:00 today (Japan time) in Tokyo.

If Scotland vs Japan is called off, Scotland could be out of the tournament, due to tournament rules that stipulate that cancelled matches result in a draw and two points for each team. That would likely leave Scotland in third place, with Ireland and Japan going through.

Scotland’s only hope would be if Samoa beat Ireland, and deny them a bonus point.

England and France meanwhile are both already through to the knockouts, but with a draw, England will stay top and France in second place.

Typhoon Hagibis is being called ‘explosive’ and officials are urging residents to prepare for potentially severe weather, including dangerous storm surges.

If it builds as predicted, it could be one of the most damaging typhoons in Japanese history.

UPDATE: England vs France and New Zealand vs Italy have both been called off. The Japan fixture with Scotland is still going ahead, for now. This may change in the coming hours as weather monitoring continues.