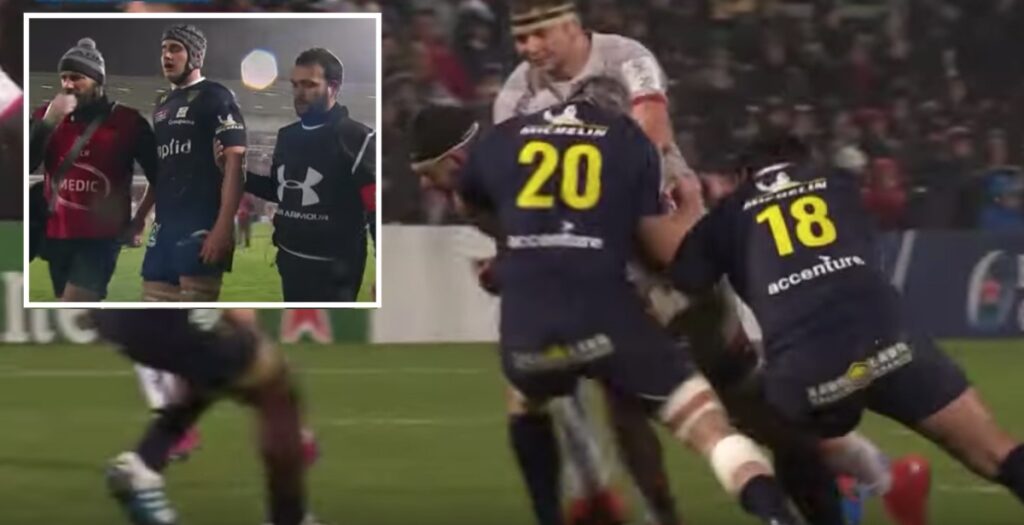 Clermont forward Lucas Dessaigne was helped off the pitch against Ulster on Friday night with a nasty looking concussion on his debut.

The 20-year-old came on as a replacement in the second half of the Champions Cup tie but failed to finish the game after taking a knock to the head while making a tackle.

BT Sport commentator Ugo Monye praised the work of the Clermont medical team for intervening with play to protect Dessaigne as he struggled to stand upright following the collision in midfield.

Ulster won the game 18-13 at the Kingspan Stadium and full match highlights are available below: