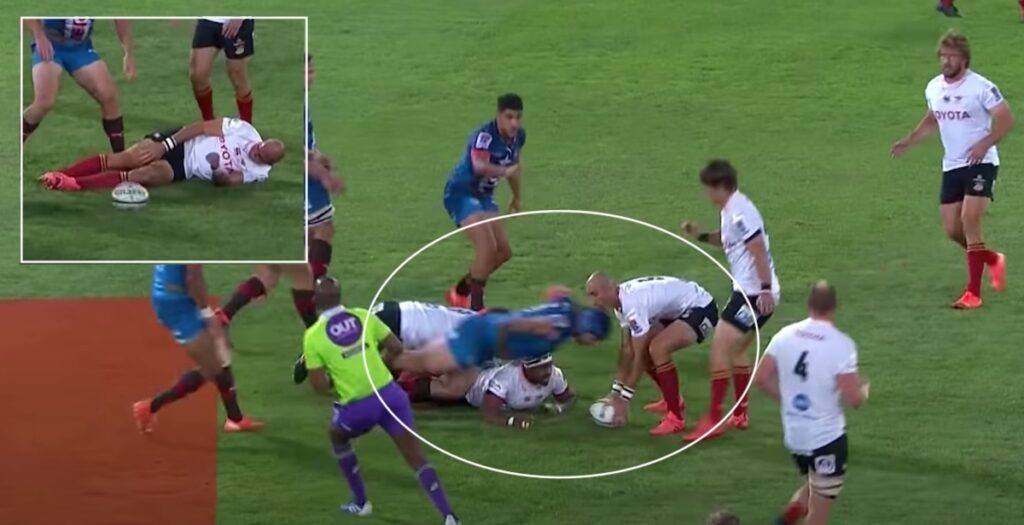 Ulster and springboks legend Ruan Pienaar was stretchered off the pitch while playing for the Cheetahs in Super Rugby Unlocked on Friday.

The 36-year-old veteran was playing the ball at the back of a ruck when Bulls flanker Marco van Stade dived at his legs to try and turn over possession.

Van Stade was penalised by the referee for illegally taking out the scrum half at a breakdown and his tackle looks to have caused serious harm to Pienaar’s right knee.

He looked in considerable pain before being stretchered off the pitch in Bloemfontein and he could be ruled him out for quite a long period of time.

Despite this horrible incident the Cheetahs went on to win the game 19-17 in round two of South Africa’s domestic competition. Full match highlights, starting with Pienaar’s injury, are available below:

Pienaar earned 88 caps for the Springboks between 2006-2015 and became a legend during his seven-year spell at Ulster.

Scotland's plan for England: 'Get in their face and make it confrontational'

Scotland kick off the 2021 Six Nations away to England and Stuart Hogg has outlined the blueprint needed for first Twickenham win since 1983.